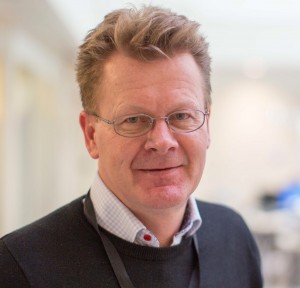 In the first of the two projects due to reach fruition, the company’s HQ in Bergen will move to a new, multi-vendor and service provider facility, Media City Bergen, from September 2017. Public broadcaster NRK, the Information Science and Media Studies of the University of Bergen, and newspapers Bergens Tidende and Bergensavisen are among the other media industry players who will co-locate under the same roof in Lars Hillesgt, situated in the centre of Norway’s second largest city. More than 1,200 people are expected to work on the site, which will spread over more than 45,000 sqm of space.

Real estate company Entra is building Media City Bergen (MCB) to a design by leading architectural practice MAD arkitekter. According to the project’s primary website, MCB will be “the world’s most exciting media lab for cutting edge innovation and research, with a special focus on media technology. MCB will also host a greenhouse for entrepreneurship and business development. [In addition] several other media technology companies working in a variety of fields – from 3D, animation, games, film and music, to mobile, app development, drones and sensor technology – will call MCB home.” The end-result will be “a hub for launching new world class media companies and driving job creation throughout the region”.

“So I am going to direct coverage of this tournament at the exact time as my department is in the process of moving to new studios, so I don’t think I will be sleeping much,” admits Knudsen with a chuckle. “The project is going very well to date, and we are working on some fantastic new technology – details of which I look forward to revealing to SVG Europe readers closer to the time.”

Adding further to Knudsen’s intimidating-looking 2017 workload will be the relocation of its Oslo site from Karl Johans Gate to a new building, known as Diagonale, situated in the Sentrum borough of Oslo. TV2 is reported to have struck a 12-year deal to occupy approximately half of the Diagonale site.

“It is certainly challenging to be moving two locations within a six-month period, but it is clear that 2017 will be a fantastically exciting year for TV2,” concludes Knudsen.