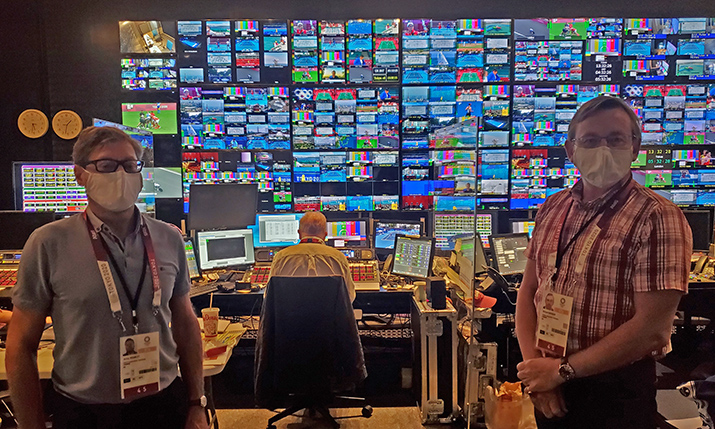 BBC Sport’s onsite presence for the Tokyo Olympics may be smaller than originally planned, but the socially distanced crew is hard at work using two 10Gbps circuits to transport Olympic Broadcasting Services (OBS) content feeds back to Salford in Greater Manchester, where the production team are keeping fans engaged with what has been a very successful games to date for Team GB. And it’s resonating with viewers.

“We’ve had a lot of positive feedback from the UK and we’re very pleased with the audience who are taking to it like this is a regular games,” says Jonny Bramley, executive producer of major events for the BBC. “[And for the GB team] it’s been our best ever start to an Olympics so you can’t argue with that.”

Bramley says the BBC has pretty much taken over the networks back home.

“We come on the air with live sports as early as 10pm UK time and can go all the way through to 3pm the following afternoon,” says Bramley. “And then we have a catch up programme at peak time with highlights from 7pm to 9.30pm.”

Of course, this is ultimately not a regular games and like all the broadcasters at the IBC the BBC had to make some big adjustments. A key feature back home is a completely virtual studio as all commentators, hosts, and analysis is being done back home.

“We realised it was going to be physically impossible for us to replicate what we had planned to do with on-set crews, so we established the studio back in Salford,” says Bramley. “And the commentary positions here didn’t meet with our socially distanced guidelines, so we’ve pretty much moved all of our commentary home and the comment off screen.”

As for the virtual studio, Bramley says it’s been working out great and gives the effect of the BBC team being on top of a skyscraper in Tokyo.

“It’s really effective and as a virtual studio has been a success,” he says. “We’re very happy with that.”

Bramley says the massive changes to the operations included reduced numbers for both radio and video. The original plan was to have a production presence like that in London and Rio.

“Once we saw the playbook and could see what the measures were we had to make a very quick decision about how to adapt our model,” says Bramley. “We already had some plans to shift the main operation back to the UK but in January we had to hit the go button.” 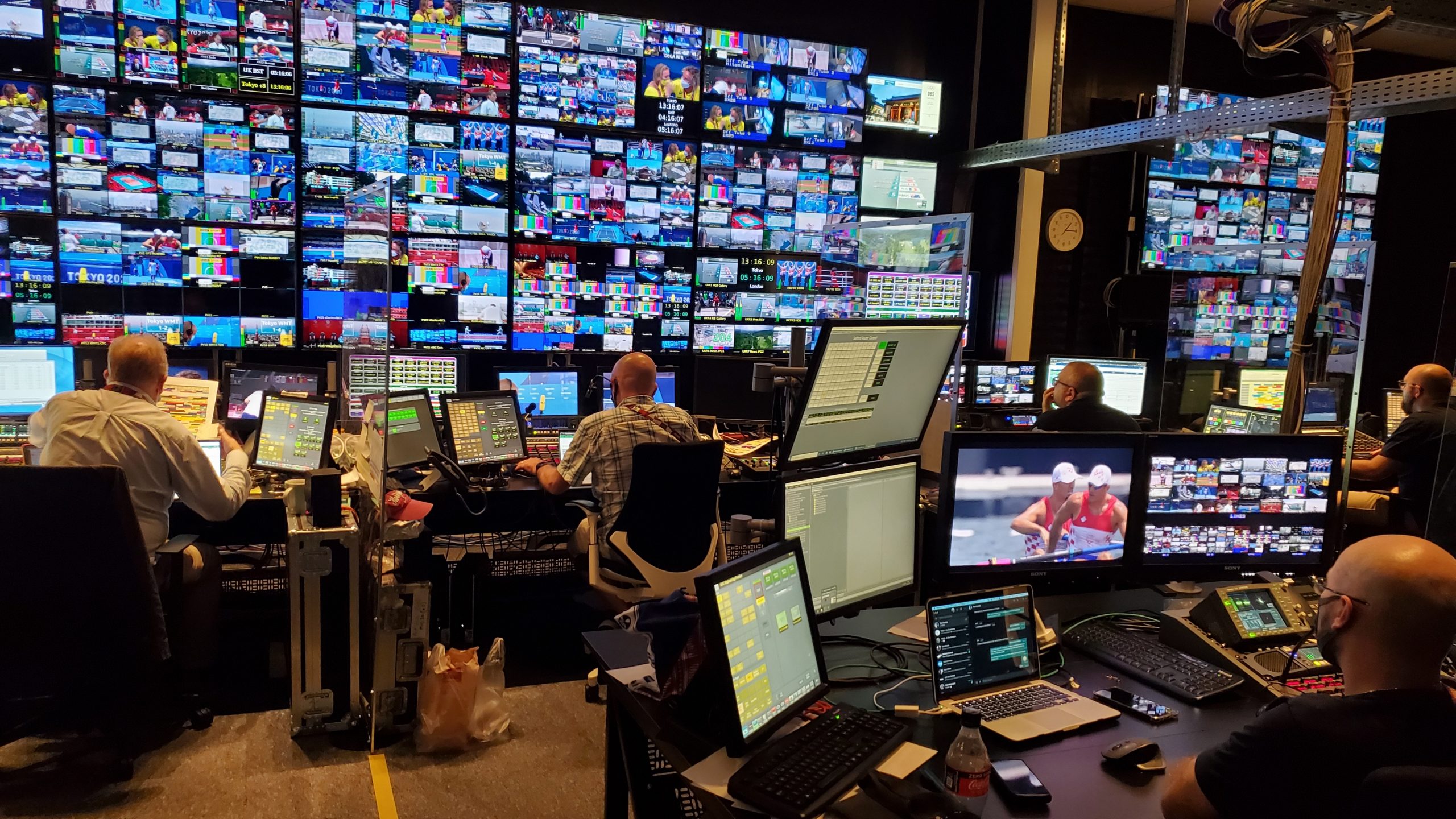 A team of approximately 130 is on site in Tokyo for the BBC.

For example, what was planned to be a post-production area has been transformed into an ingest and turnaround area.

“We are streamlining all the incoming host feeds and unilateral feeds and sending them back to our production center in Salford and editing is done there,” he adds.

There are 32 international circuits to Salford and the BBC is also taking the host MDS commentary package. Ten commentary booths back home are also in use and one of the ongoing themes in discussions with any sports broadcaster over the past 16 months has been what is lost when commentators are not on site.

“It’s never going to be as good when you’re calling off tube but it’s also about not being able to interact with the coaches, other journalists, or actually living and experiencing the city,” adds Bramley. “But fundamentally for these games safety was the priority. And we want to make sure that everybody involved in the production is going to be safe.” 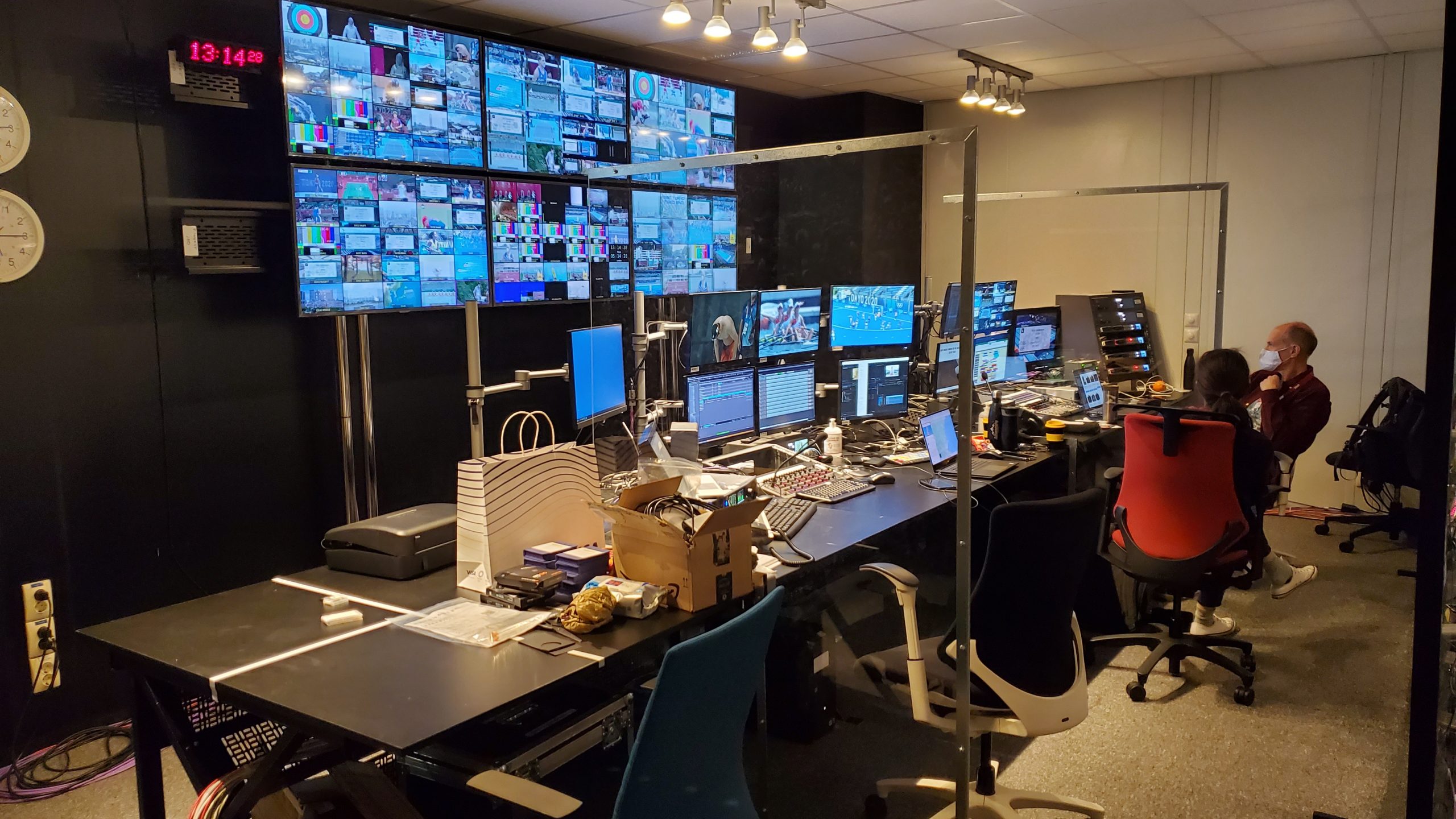 The BBC ingest area inside the IBC at the Tokyo Games.

BBC Sport chief engineer, Richard Morgan, says that a total of 46 HD circuits (the 32 international plus 14 news) are outbound and five are in bound and that technically things are going well.

“The idea of remote is nothing new to us whatsoever so that’s not an issue,” says Morgan. “And I’m sure we’ll be doing more remote because of sustainability as the challenge is a commitment to be carbon neutral by 2030. But COVID did push us slightly further [into remote].”

Bramley adds that the idea of back of house production being back home seems to be the way to go while talent and other production personnel remain on site.

“The sheer scale of the Olympics means is always going to necessitate establishing a completely different sort of production hub in the first place,” he explains.