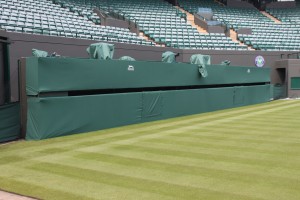 During last year’s Wimbledon championships Aerial Camera Systems (ACS) sales director Matt Coyde spoke to SVG Europe about the company’s contribution to a strategy of “developing the coverage [of the tournament], and part of that is offering more ‘beauty’ shots and showing off the fabulous Wimbledon site.” Twelve months on, Coyde reveals that this plan is still very much ongoing, with a number of new camera positions added ahead of the 2016 event.

“There was a big step up in 2015 [in terms of the specialist camera deployment] and a further incremental step this year,” says Coyde. “Space is at a premium around the site, so a lot of the activity has focused on robotic systems as they allow us to make the most of the space that is available – and in as discreet a way as possible.”

Major new additions in 2016 include a baseline track camera system for Number One court that mirrors the system already in place on Centre Court and features a SMARThead remote with Sony P1 camera. Also of note is the introduction of cameras to the practice area that is used by players to warm-up immediately before they go on-court.

Of the latter, Coyde remarks that “we have been able to provide some really nice footage of the players warming-up that has been incredibly well-received by the broadcasters. It’s all part of the ongoing strategy to offer broadcasters fresh and different positions.”

Elsewhere on the Wimbledon site, the track system formerly situated on the pagoda above Henman Hill has been relocated to the outside of Court Three, whilst the SMARThead remote system on top of the broadcast centre has been moved to the café pagoda. “That allows us to get some lovely crowd shots around Centre Court and, again, has been very well-received by the broadcasters.” 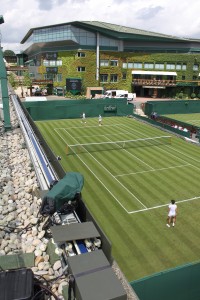 As well as a total of 28 specialist cameras, ACS also has its own flypack area this year in the compound area from which all the beauty cameras are operated. The company has also supplied its own vision engineer for the first time at this tournament.

Outgoing AELTC broadcast head Mervyn Hall remarked in another recent SVG Europe article that he expected “2-3 new beauty cameras” to be added per year for the foreseeable future.

Coyde remarks: “There is always new demand for additional cameras, and due to the way the club is built and the space is used, robotics systems provide the best way forward as well as excellent value for money to the club.”

More generally, Coyde reports “very significant activity levels” for ACS at present – in fact, we are running at “full capacity from June through to the end of August”. Other current commitments include aerial filming, drone and helicopter work on behalf of UEFA for its Euro 2016 coverage, and the provision of aerials filming services, wire-cam, rail-cam, SMARThead and Minicam systems for European Tour Productions and Golf Channel coverage of The Open, which is taking place at Royal Troon this week.

Look out for a full report on ACS’ work at The Open on SVG Europe in the coming days.