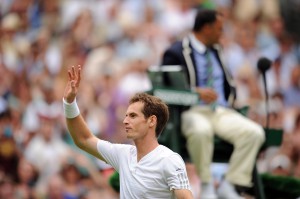 Realtime video and social media specialist Grabyo is powering short online clips from the Wimbledon Championships following a deal struck with the All England Lawn Tennis Club (AELTC). The Wimbledon deal is the latest in a busy year for the London-based start-up. After what can probably be best described as a soft launch showcasing clips from the Sky Living show Britain and Ireland’s Next Top Model last year, it’s now starting to move aggressively into sports.

Its Grabyo Studio lets companies grab edit and share their own video clips across their website and other social channels in realtime via a simple browser-based interface. “It’s essentially a very basic video editing tool,” comments Alexandra Willis, Content and Communications Manager at the AELTC. “You ingest the feeds, you have the timeline, you set the in and out points and that’s that.”

The AELTC is ingesting three feeds into Grabyo Studio, from Centre Court, No.1 Court and No.2 Court respectively, which are all monitored and clipped by a single operator before then being shared across the usual social media platforms. What impresses about the Wimbledon approach is its multilayered strategy.

“The clips will be anywhere between 10 and 30 seconds long,” says Willis. “The idea behind it is that we’re not competing with our broadcast partners or our own online highlights. It’s not about numbers either, it’s about the engagement.

“What we really want people to do is get involved in the match that’s going on and that will drive them towards the rest of our content: our broadcast partners, the Wimbledon video channel and so on. It’s about the brand and promoting the brand.”

Despite the success of Twitter’s new Amplify program, a promoted ad campaign, essentially, which research data suggests drives Vines to be shared four times as often as branded Internet videos, Wimbledon has decided not to commercialise the video Tweets. “It’s about the content itself so we took the decision not to commercialise it,” says Willis.

The Championships has also decided to stick to the three courts this year, though if anything spectacular happens on the outer courts (such as the Isner–Mahut epic in 2010) Willis says it can switch the feeds if required. “The burden to monitor the number of courts would be too great over more than three courts,” she explains. “Plus this is the first year that we’ve done this so we want to see how it goes. In the future we may expand the coverage.”

Grabyo will probably be expanding its deals in turn too. It is already providing the online clip facet to ITV’s coverage of the Fifa World Cup, and last year played a part in Sky Sports’ Champion’s League coverage (and is liable to do so again this year). Other rights holders will be watching the online Wimbledon traffic with interest.