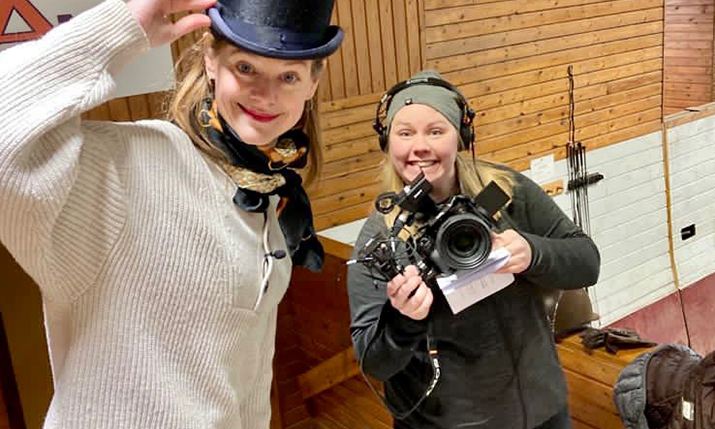 “When I was sixteen I got an opportunity to work as a floor manager and make-up artist for the local news TV station,” says Emelie Engberg, production assistant, digital video specialist, video editor and director at Swedish broadcaster, SVT Sport. “I totally fell in love with broadcasting. What an adrenaline rush to be the one to count down to the presenter!

“At the same time I tried linear editing. So frustrating, but also rewarding when I got the pieces of sound and video together. I had to try to make a career of it,” she continues.

Engberg has spent much of her career at SVT Sport, which suits her to the ground, she says. “I love the vibrant pulse and fast turns of this job. It’s a constant development and it’s never boring. My colleagues are amazing and they are also passionate about their job and for sport. The focus of everyone in the control room when I count down to transmission… magic! Or when you end up in your own world where all the focus is on creating a story.” 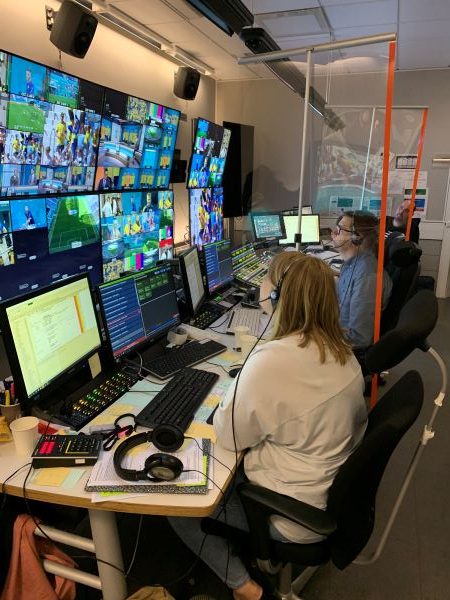 The job is high pressure, yet the excitement of working in live sport keeps Engberg motivated. She explains: “Sometimes, especially when I’m tired, I think I should find another career. But then I remember why I love what I do. Sport is different from most fields, I think; it’s about positive news. You focus on the good achievements, the winners. And no one can write a script that is more dramatic than, for example, the last seconds of an even handball match.”

How it all began
As to how she got into sports broadcasting, Engberg’s fascination for TV started at a young age. She reminisces: “I loved reading when I was a child and I read everything I could, particularly the post roll of TV programmes. I used to imagine who the people behind the names were and what they were doing. Some of the names were female names and one of the names I often saw was Irene Wiklund, a vision engineer. That sounded cool!”

Her career in TV began at school. “I thought social science with a focus on multimedia sounded fun. I did courses in photography and journalism and I became interested in TV broadcasting.”

She then went to university to study media production, and became a photographer and a video editor. She says: “I tried different roles in broadcasting and filmmaking. The multi camera and the editing courses were my favourites, so I wanted to find a career with that combo.

“My first contact with a sports broadcast was at the university. My friend Oscar [Dahl] and I packed up the school’s control room and took it with us to a sports arena, assembled all the pieces and gathered our friends and did a live production of a floorball match. We even connected a DVD-recorder and used it as a replay machine.

“I think the sports broadcast is a wonderful combination of a giant puzzle, like editing, and the adrenaline rush of broadcasting live. In the last semester I applied for an internship at SVT Sport as a photographer and video editor, and they had an opening.”

Aiming high
However, Engberg scored her first real job before she finished her exams at university. She was headhunted as a TV director at a brand new broadcaster for economic news and talk shows. “It was a very good start into the business because we had to do everything by ourselves,” she says. “However, after a few months I quit and started the internship at SVT Sport, in May 2006.”

At SVT Sport Engberg started out as a photographer and video editor, but soon moved on to be a production assistant and director for the sport news programme. “However, to work with bigger sports events such as the Olympics and FIFA World Cup was my goal,” she notes.

“In 2014 I got my chance to work on the FIFA World Cup. It was very special. Not only to me but also for the whole crew. We had the studio in Rio and the control room in Stockholm. Today that is standard and it suits me perfectly; I can do what I love and still be able to go home to my family when working hours are done.” 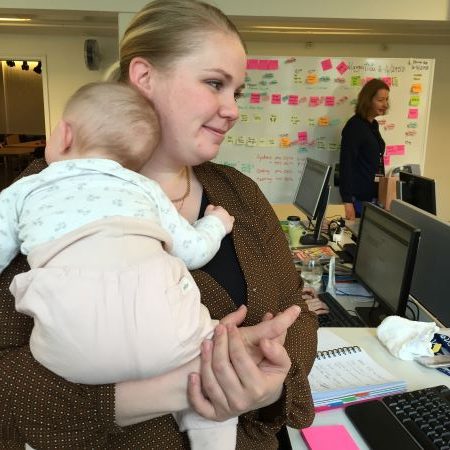 There are challenges to working in sports broadcasting in Sweden today, Engberg says. “The most challenging thing is that less people are doing more. It can be difficult to manage everything. There are a lot of really skilled people but few positions. It’s hard to get the opportunity to show what you’re good at.

“My specialty is that I’m good at many different things and I’m flexible as a person. An employer can move me to whatever position they need the most. The variety of skills I have has given me a good knowledge of workflows, which is necessary when you coordinate ahead of a big sport event, for example the FIFA World Cup.

“The fast and constant development in our branch forces you to constantly learn new skills. But the hardest thing for me right now is balancing work and family life,” she adds.

“My experience in live sports broadcasting has given me the opportunity to work with live broadcasting events in other fields, such as being a production assistant for the host broadcasting of the wedding of Swedish royal Prince Carl Philip and Princess Sophia, multiple royal baptisms and broadcastings from the Nobel prize award.

“At the same time I have continued to work as a video editor and in recent years I’m part of developing the digital storytelling at SVT Sport as an online video specialist, a role I enjoy a lot. It’s creative and fast, and a real challenge because we are the frontline in Sweden and perhaps even Europe. It’s important to go out of your comfort zone and embrace new skills all the time,” Engberg says. 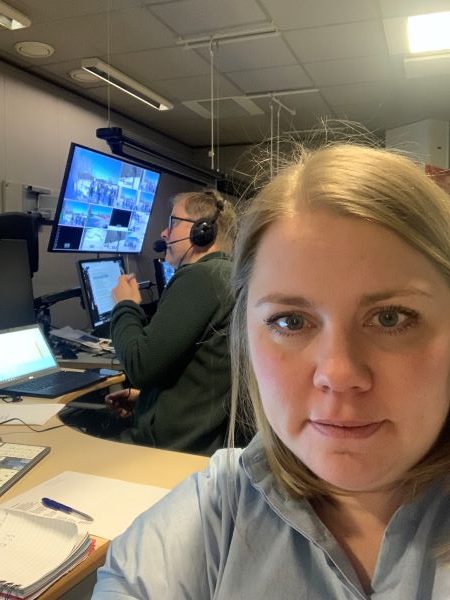 Working on Vasaloppet in 2022, Emilie Engberg and colleague Pelle Bäckman, working as editors

Engberg’s role has changed over the last two years to focus more on the world of digital. She explains: “In the last two years there has been an increasing focus on reaching a digital audience and developing digital storytelling. I have also developed the production assistant role and taken a bigger responsibility of the inhouse production coordination in front of two of our biggest remote productions: the men’s Euro 2021 and IIHF World Championship 2021.”

2022 is set to be an interesting one for Engberg, with exciting productions to be part of and challenge herself on. She explains: “In 2022, I will give Generation Z extra attention. What does it take for us to reach that age group with our live sports broadcasts and sports news? I have also just directed a unique slow TV broadcast on Vasaloppet [an annual long distance 90km crosscountry ski race] with a young female reporter, where we integrate a live chat in the camera production. The audience is invited, in a way, to take part in the ski race.

“And in summer I look forward to going into the football bubble and together with my colleagues to deliver the UEFA’s Women’s Euro to Swedish viewers, and at the end of the year, the FIFA World Cup,” she continues.

In conclusion, Engberg gives her parting words to others looking to move into a role in sports broadcasting like her own: “Surround yourself with good people; work with people that are professional and kind. Believe in yourself but be humble. Work hard, dare to fail and above all, have fun!”