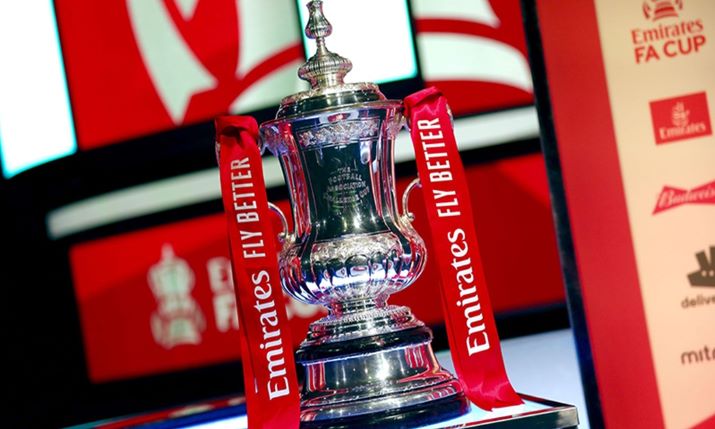 The FA Cup Third Round is a traditional curtain-raiser to the New Year when the plucky David’s of lower and non-league English football get to battle against the superstar Goliath’s of the Championship and English Premier League, usually on mud, in mist and against the odds.

Over the weekend 9 to 11 January, all 32 Third Round matches were covered and available to watch on television or online in the UK. One was postponed and that match, between Shrewsbury and Southampton, is being played this evening (Tuesday 19 January).

All matches were available live with eight on TV shared between the BBC and BT Sport, including Tottenham’s winning trip to eighth-tier Marine making a primetime BBC One fixture.

The remaining 24 matches were broadcast across BBC or BT Sport’s digital platforms or red button services, or streamed live for fans on the FA Player. All were also available to overseas rights holder’s courtesy of the FA’s production partner, Gravity Media.

The third year of Gravity’s contract includes a number of different elements, such as preview and highlight shows for international audiences and all 32 World Feeds, including a World Feed programme wrap (packaged with titles, openers and promos).

Each FA Cup round also includes a contract to produce a number of match day directed feeds, which totalled 21 for the Third Round including visits to Boreham Wood, Nottingham Forest, Wycombe Wanderers, Cheltenham and Barnsley.

Regular partner CTV Outside Broadcasts (OB) works with Gravity to produce these shows on the ground. A logistical conundrum at the best of times, COVID-19 restrictions in nationally locked down England and Wales, meant that even the best laid plans needed to be open to last minute alteration. 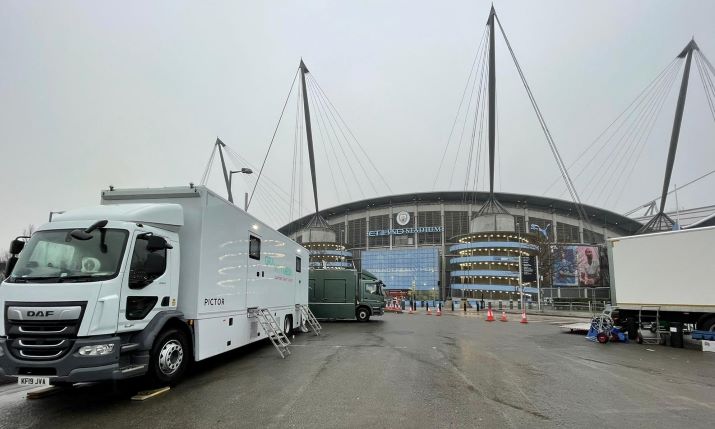 “Every ground is different and every match has a bespoke set up. No match is the same,” says Angela Gibbons, commercial manager at CTV OB. “For example, some will carry a World Feed or BBC commentary or either, neither or both. Camera plans range from four to seven with varying EVS specifications.”

Once BT Sport and the BBC took their pick of the live broadcasts, CTV was allocated its share of matches from Gravity. This came two weeks after the 30 November draw, further squeezing the amount of planning time.

“Our first job is to survey each ground to decide if and where we need to rig cables, and where to put cameras,” Gibbons says. “That was pretty much done in the week before Christmas.”

Alan Jessop, CTV’s technical producer, drew up a detailed production planning sheet with the client. Working from those documents, CTV dispatched 96 Sony 4300 camera bodies with associated lenses; a considerable volume for effectively one day’s work spread all round the country.

“We tried to have a paint-by-numbers system to cut down the variables when it came to kit,” explains Gibbons.

In mid-December the country moved from Tier 3 to Tier 4 restrictions which had a further impact on deployment. For example, when planning began, Bristol was in Tier 2 and therefore was permitted to have a small crowd in attendance. That all changed by the time CTV got on site.

“We were still moving trucks as late as the Wednesday before because events were still fluid. We had to be dynamic and flexible in our approach and to think on our feet”

“We tried to do as much regional crewing as possible; taking out the factor of people staying away from home in hotels and to really cut down on the amount of travelling to and from venues,” notes Gibbons.

She adds: “It may only be a small variation but it does mean things like rigging and crew allocation and working practices need to alter. It’s the accumulation of these small tasks that you have to keep your eye on.

“We had to send the right sized truck to the right match depending on the number of personal. We were still moving trucks as late as the Wednesday before because events were still fluid. We had to be dynamic and flexible in our approach and to think on our feet.” 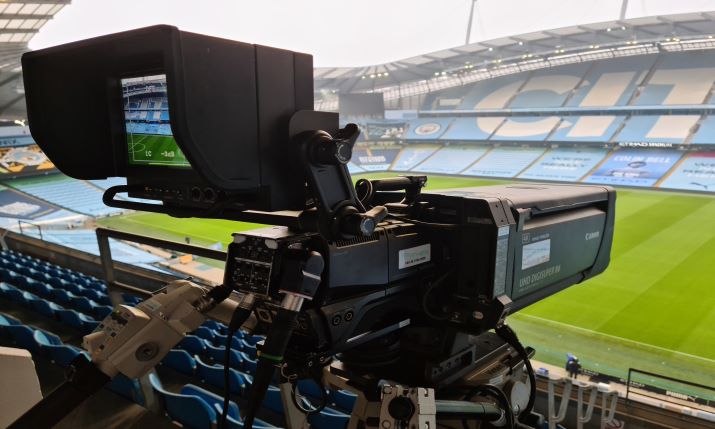 She explains that at some grounds there is barely any parking making it difficult to impossible to fit a triple expander. Rigging times took longer due to having to maintain social distancing. League 2 Cheltenham had not had an OB for a while, so CTV allowed extra time for rigging for its game against Mansfield Town. KO there was 13.30 on the Sunday but CTV rigged 24 hours earlier. “That’s something we may not have done last year,” Gibbons adds. “People’s health and safety is paramount.”

Bristol Rovers’ match versus Sheffield United involved a seven camera World Feed on the Saturday for which CTV supplied one of its larger OBs. This moved across the city to Ashton Gate and the cup tie between Bristol City and Portsmouth on Sunday.

“We tried to keep crew numbers reduced but we still need a core team,” Gibbons says. “We had around 450 people contracted across the weekend. Gravity also kept numbers low, typically just sending a match director who would also vision mix, along with one or two EVS ops, a technical producer and a producer if VT was required. We’d have nine engineering crew on site on average.”

Every match had to have its own COVID risk assessment and paperwork drawn up, Gibbons explains: “We ran our own health declarations which went via Gravity and to the club which included things like temperature testing on site. If the ground is not a Premier League or Championship ground then it won’t be prepared with sets of COVID protocols and it’s our responsibility to come up with solutions.”

All Championship grounds and most League 1 and League 2 grounds are fitted with NEP Connect lines. Premier League grounds are fully fibred, generally with BT links. Anywhere lacking fibre would need an SNG. Boreham Wood’s match was one of these.

The majority of the 21 games were brought back to Gravity’s Chiswick Park production centre but some matches were allocated a complete World Feed production on site.

Explains Frank Callaghan, director of live programming and production, Gravity Media: “We looked at the weekend as a whole and worked out how best to produce the World Feed from the spread of geographic location and crew.

“The reason for not fully remoting everything was ultimately down to the fact that we are providing a service for broadcast, not just streaming,” Callaghan goes on. “The production does need to be the highest quality possible. We don’t want to separate the wrap programming from actual match direction. We feel that the only way to ensure that match nine, for example, is of the same uniform high standard of coverage as match 21, is to ensure control over all elements of all matches.”

Gravity and CTV will reconvene for more FA Cup magic when the Fourth Round commences on Saturday 23 January with Manchester United versus Liverpool the standout clash.