Looking after the audience: How real-time network tracking can keep stadium fans engaged 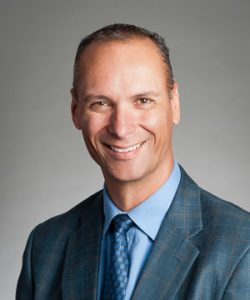 The thrill of ‘being there’ is a major part of the big-game atmosphere. But today’s stadium experience is no longer limited to just watching the game, says Teoco Americas General Manager Warren Dumanski.

Even those fans caught up in the excitement of the action want to know what others are thinking and saying, or to keep track of activity in another game. By understanding what’s going on, network operators can help the fans keep track of ‘what’s going on’ too.

This summer, across 13 stadia in 11 Russian cities, 64 football world cup matches will be watched by a live stadium audience of some 3.5million fans. An impressive number but one that will be dwarfed by the worldwide TV audience.

It is estimated that more than 3bn fans will watch the games in the comfort of their own homes – the 2014 edition of the tournament racked up 3.2bn home viewers for example. And of course, that figure doesn’t include those watching in bars, clubs, and fan parks or streaming games to their laptop, tablet or mobile.

The lucky ones in the stadia get the big match atmosphere, and the excitement of being at the event. But they also miss out on some of the action too. Meanwhile for the TV audience, what they miss out on in terms of atmosphere, they get repaid in camera angles, replays and also ‘insight’.

This year’s World Cup will also see the introduction of video reviews for controversial decisions. This will allow the extra match official in the TV truck to have the benefit of multiple slow-motion replays to help correct wrong decisions by the match officials or confirm tight ones. And of course, these replays are also seen by the viewers at home who get the decisions explained to them by the experts in the studio.

While all this is happening, the live audience might get some limited big screen replays, but the insight and explanation is missing. Stadium officials might also be concerned that repeatedly replaying particularly tight decisions – where the decision could arguably go ‘either way’ – might lead to unrest among the fans who feel their team has been wrongly punished.

But of course, the vast majority of the fans in the stadium will have their smartphones at the ready, looking to find out why that goal was disallowed, or what happened to get that player sent off. However, unless the stadium’s communications capacity is being actively managed and flexed to allow the live audience to keep track of developments on their mobile, the stadium audience will remain frustrated.

Simply cranking up the network capacity is only part of the solution; operators also need a much better understanding of what the spectators in the stadium are actually doing. This involves tracking the apps they are using, the feeds they are watching, and all the services they are trying to access — all of which is needed in order to be able improve the quality of service being provided.

The difficulty facing operators trying to analyse what the spectators in the stadium are trying to do is that so much of network data traffic is encrypted. Indeed, Gartner has predicted that by next year as much as 80% of web traffic will be encrypted.

However, with the application of machine learning and heuristics, operators can actually get deeper into encrypted data traffic to get the metrics they need to make adjustments to the service to improve customer satisfaction – all without compromising data security and privacy.

Machine learning is used to provide sufficient visibility of the encrypted data and the traffic flow so that the network can effectively ‘self-identify’ the application being used. Armed with that knowledge, the operator can then apply modeling to understand how it should adjust the network to deliver the best experience.

Earlier this year, at Superbowl 52 in Minneapolis we worked with the stadium network operator to provide real-time analysis of network traffic using our INsync customer analytics tool. At any point during the game we could see, for example, the top ten apps being used, how much of video streaming was in HD compared to standard definition, how much content people were trying to upload, and what was the average data speed being achieved.

With spectators messaging friends during the game; capturing videos and pictures of themselves or the stars in action to upload to Twitter, Instagram or Facebook; or searching for feeds showing highlights and replays; it’s vital that the operator can track all that network activity in real time.

As well as enabling optimum network performance, with real-time tracking it becomes possible to detect that spectators in one part of the stadium are having connectivity issues, or maybe that there is an individual rogue user consuming a vast amount of data by trying to live stream the whole match.

As well as improving the service being experienced operators can also build special offers and look to monetise services aimed specifically at the spectators – targeted mobile advertising for example or promotions and discounts on merchandise and at the concession stalls.

For the World Cup, the service providers will also be dealing with customers and spectators from all over the world – roaming network subscribers and those only wishing to use free operator stadium Wi-Fi service. Without full network traffic visibility in near-real time, managing the service to deliver a quality experience and develop opportunities to monetise digital services, will be all but impossible.

But here’s the thing – spectators at an event have an increasing appetite for internet services and content. And they represent a captive audience whose interests have been defined by their very presence in the venue.

Those operators able to track ‘what’s going on’ within the network — in order to help the crowd understand ‘what’s going on’ in the game — are going to provide the best service and reap the best rewards. And that’s a trophy that’s really worth winning.