Looking at the possibilities of virtualised playout with Pebble Beach Systems

Virtualised playout is increasingly becoming a temptation for those in sports broadcast, as it provides added agility, flexibility and speed for services. However, many still see it as a risk. Here we talk to Alison Pavitt, marketing manager at Pebble Beach Systems, about why virtualised playout is a risk worth taking. 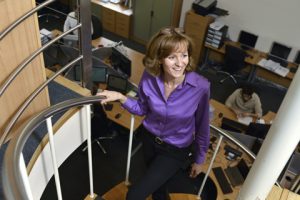 What are the benefits to virtualising your playout operations?

For many broadcasters and media companies, the main interest in virtualised playout lies around the service agility that this approach gives in today’s competitive landscape. Being able to launch or decommission channels quickly for special events, or to test new concepts without lengthy set up and provisioning has never before been possible, particularly without large and potentially risky capital expenditures.

Also, the associated cost savings – removing the entire physical infrastructure, HVAC, power requirements – can be attractive over the course of time. COTS hardware can be upgraded by non-broadcast specialists. Service personnel have fewer unique ‘boxes’ to maintain as the same technology will most likely be in use across multiple platforms. Virtualisation makes it simple to clone and redeploy applications within a common environment across the whole facility, making expanding a system or migrating to new generation hardware a much simpler exercise.

However, the cost of actually creating sufficient IP infrastructure, where none existed before, can be substantial. So for a broadcaster it’s not necessarily about being cheaper, or getting more out of the resources, it’s about flexibility, portability and the ease of maintenance.

Is there a skills gap, and how big an issue is it?

Individuals who are schooled in both IT infrastructure and broadcast engineering are in short supply, and as we move from SDI to IP, a solid understanding of network fundamentals is an absolute must.

For virtualised applications, the success of the project will depend as much on your infrastructure as it does on the applications you run on it. Application providers are understandably reluctant to take control and design responsibility for your infrastructure; although they should be skilled and experienced enough to help you tune the system and diagnose performance issues.

It’s important to consider where the knowledge lies about your virtualised infrastructure.

Is it in house, in the hands of a third party, or with a contractor? Before starting the project, make sure you understand who owns each part of the environment. In a more traditional setup you will own the playout device and the vendor will take full responsibility for how that device performs. With a virtualised solution, the vendor is simply the software provider, meaning that you, or your nominated representative, have responsibility for the overall performance of the virtualised platform and networks. You will need to build relationships with an entirely different set of suppliers, and it helps to do so early in the process.

Do you always need to do a proof of concept? What about benchmarking?

Yes, absolutely, and for a virtualisation proof of concept to be successful, it’s crucial for the end user to characterise their channels in detail. Tell the vendor everything that the channels need, so that the correct functionality can be incorporated and an understanding can be gained of how that will affect the host environment. Decide whether you are going to use GPU or CPU-based encoding (customers generally find that CPU encoding is more versatile, but it requires more expensive CPUs). True 3D graphics almost always requires GPUs.

All of these factors and more will have an effect on your host environment, so share the information at the outset. The more comprehensive the POC, the fewer surprises you will get during actual deployment.

Does the relationship with the vendor need to be different for this kind of deployment?
In any virtualised integrated channel playout project, you are entering into a long term relationship with your supplier. Previous business models would have involved relationships with multiple vendors including a video server vendor, a graphics supplier, a switching and routing specialist, an encoding and mux supplier etc. However, the ‘function collapse’, which integrated channel technology delivers, means that this multi-vendor integration is often hidden to the end user.

More often than not, integrated playout providers build third party software into their solution for specific functionality such as subtitling, graphics, audio processing and more, so be aware of this and be sure your vendor is one you are confident you can collaborate with. Your integrated channel vendor is almost certainly reliant on components from other suppliers, and may be dependent on other companies to fix any issues. Does your chosen integrated channel provider have an architecture modular enough to be able to replace components if a 3rd party provider cannot fix a specific issue?

What do your customers in the field of sports tell you about playing out from the cloud?

Whilst many in the market are inching towards playing out from the cloud, very few have actually made the leap. The primary applications we see it being considered and deployed for are disaster recovery, event-based pop-up or test channels, and for simple thematic channels with static schedules.

There is still some considerable nervousness around the ‘late and live’ applications and specifically around sport. And where cloud is being considered, it is far more commonly private cloud than public cloud which is of interest for now. But there’s a definite consensus that it is only a matter of time before more services are hosted in this way.

Pebble has already completed a number of interesting virtualised playout deployments, notably at DMC in the Netherlands where 88 channels are played out from a virtualised infrastructure hosted at a data centre across the city from the operators, and also for MBC who are based in Dubai and long time users of Pebble’s playout automation. They recently launched a business continuity facility based on a separate continent from their main operation, using Pebble’s Orca virtualised integrated channel technology.