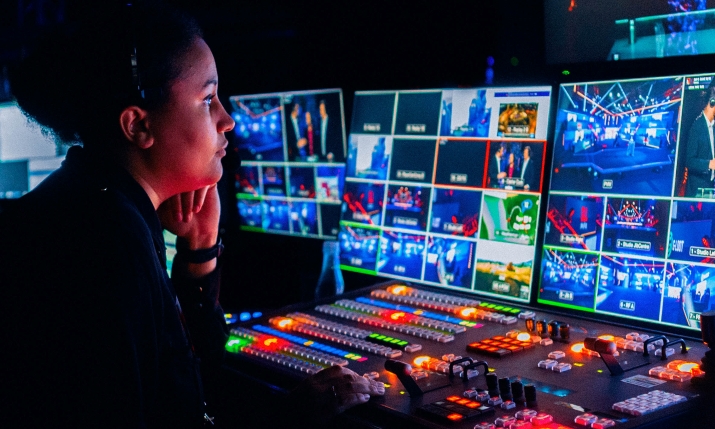 At GLL’s fourth series of PlayerUnknown Battleground (PUBG), 21 hours of content were broadcast live, as well as eight channels (and/or ISO’s) of recorded content for replays during the live production

The grand finals of GLL’s fourth series of PlayerUnknown Battleground (PUBG) saw 16 of the world’s best teams with 64 simultaneous players battling it out for a $150,000 prize pot.

Altogether, 21 hours of content were broadcast live, as well as eight channels (and/or ISO’s) of recorded content for replays during the live production. The event was broadcast live on Twitch while the international feed was fed to several other channels in Russia, Asia, and Latin America.

Said David Thåst, EIC at Black Molly Entertainment: “We cover a huge variety of tournaments and competitions, online and offline, but when you have all of the players together under one roof, it gives you the opportunity to create a more elaborate show, with pre and post content, as well as the gameplay itself. So we can have a lot of fun bringing additional elements into play, whether that’s show clocks or lighting and theatrical touches. That all said, those additions can also make these productions more demanding.”

Speaking to SVG Europe, Thåst commented on what in this case was the ‘more elaborate’ side of what was produced: “This is what we normally do at these bigger productions, but we have developed our own technical solutions for bringing point of view (PoV) and team-cams from the players’ booth, and bringing 64 players together simultaneously in a dramaturgical and story-driven way, which is an important focus for us.

“We use RF handheld URSA Broadcast cameras for doing live interviews and prerecorded live-on-tape interviews, and have an independently working content production team that worked closely together with the producer to bring extra content VT’s to be played out during the show and breaks,” Thåst added. 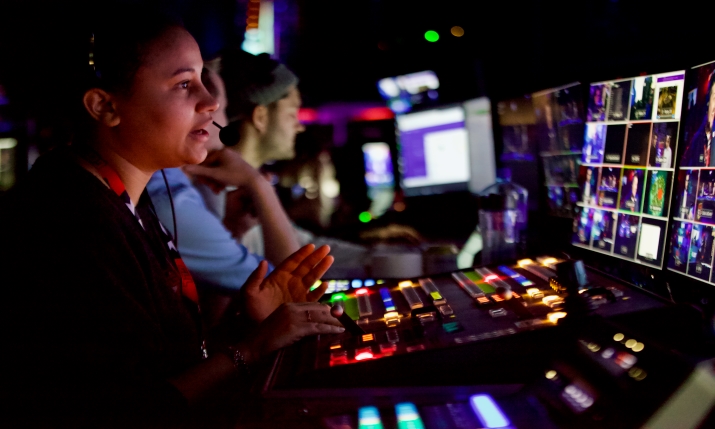 On cool innovations being used, Thåst said: “I would say that there at least two groundbreaking innovations that we are proud of; one is the multiple extra PoV camera set up and infrastructure, that was built inhouse from scratch. Then [the next is] all the technical interactive and elements that just becomes a natural part of the final production, having the knowledge of making ATEM for instance, together with tons of other macros talking to all of the Blackmagic Design gear and merging all the units, computers and panels.

“Bitfocus Companion and a lot of Elgato Stream Decks were used and they allow this kind of production to be as precise, scalable and dynamic as we need and are great tools to interoperate smoothly with the ATEM Broadcast Panels [and more],” he noted.

With so many players battling simultaneously, and 72 cameras in total, the first challenge for the team is making sure they are across everything going on in the hall.

“Each gamer station has its own reaction cam, which is managed through a bespoke control system, to bring them into our central production gallery,” explained Thåst. “Then we have a series of seven or eight URSA Broadcast, equipped either with SMPTE/Lemo or as RF links, as our arena coverage package. Three cameras cover the caster and presenter studio sets, and four are deployed around the venue on jibs or as roaming wireless units with RF telemetry utilised through Blackmagic Design’s API.”

At the gallery, an ATEM Constellation, paired with an ATEM 2 M/E Panel and two ATEM 1M/E Advanced Panels produces the PGM and international feed mix. “As well as providing us with a massive amount of inputs and outputs, which is crucial to eSports live production, the ATEM Constellation also offers us lots of possibilities when it comes to scaling and incorporating live camera feeds, computer signals, graphics and replays seamlessly,” Thåst said.

The Black Molly Entertainment team takes on main editorial duties for the series, with GLL’s experts creating a submix for gameplay. “As with any eSports event, there are layers of content, as you’ve got to show what is happening in-game while also showing the audience what is happening in the arena itself, how players are reacting and responding,” continued Thåst.

“To make sure we’re not cross cutting too much, we use features like SuperSource, DVEs and picture in picture, as this allows you to create a multilayered narrative without breaking up the action.”

The hardest thing for Thåst when producing eSports events is, he said, “to tell a story that matters for many diverse viewers”. He went on: “And make this magic happen with tools, tech and knowledge necessary.”

As to what the Black Molly team have learned over their time working on eSports productions and how that learning has fed into what the company does today, Thåst said: “We do sports. And so much more. To see the unique possibilities that different game titles brings us and choose what story to tell, to have an agile mind that connects the production to the technical parts. To be a part of making it all flow smoothly with the aid of planning, testing and at the same time hyper quick, sharp and comfortable in decisions when on site and live on air. To have a never ending adoptable mind, but wisely choose what to adopt.”

As host broadcaster, Black Molly Entertainment takes responsibility for taking feeds out to Twitch as a livestream, as well as packages for international broadcast partners, and Thåst concluded that Blackmagic Design infrastructure is the foundation of all of its eSports production workflows.

“As well as the ‘standard’ jigsaw pieces, whether that’s cameras or switchers, we also depend hugely on Blackmagic’s range of DeckLink capture cards for our unique tools. All of our encoders, CG and playout systems simply wouldn’t exist and we couldn’t deliver the high quality productions that our esports clients know and rely on us for,” he noted.