Making a good Impression: behind the scenes at the Italian TV production specialist 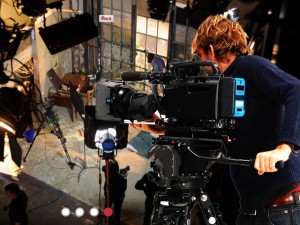 Impression TV produces a wide variety of content for local and national stations in Italy.

Possessing an office in Padua and a further two facilities in Rome and Milan, Impression is a company specialising in broadcast services and television production, with a particular focus on sports. The programmes they create are geared towards the needs of regional television channels – around 60 in total – as well as two national ones.

Many of these stations have an LCN between 10 and 19. In addition, Impression relies on the transmission of programmes on a well-known television channel in the Sky Italy bouquet, namely channel 148, Automototv (free-to-air visible via satellite).

Production studios are located in Milan in the area of Cinisello Balsamo and incorporate a large-scale real/’virtual’ studio space, as well as many standalone virtual studios, three dressing rooms, and 10 area for general preparation.

All studios are connected to each other via optical fiber and feature HD cameras from Thomson. In the control room, the core specification includes a NewTek TriCaster 8400 video production system.

Michele Doro, president of Impression, describes his company: “Local and regional TV [stations] in Italy have always found [it difficult] to produce content in-house, so we create and pass content to them for free. Our business model is quite simple: we create in-house TV programmes from scratch and offer them to potential advertisers. Thereafter we directly insert the ads within the shows, and we fill the schedules of commercial TV stations with high-quality programming.

“Many of the productions feature outdoor sports coverage, but we also produce a lot of content in the studio; for example ‘Shakedown, Classic Time and Autonews are all made in the studio [but entail some] outdoor video as well.”

All programmes are distributed via the Impression platform; in practice, this involves a large storage space available to local and regional TV stations, where every day fresh productions are added, ranging from news bulletins to various sports show formats.

On www.impression.it the broadcaster who wishes to show the programme in question has the option to review a ‘standard-type’ issue of the format that they will receive with description and technical details (duration, genre, etc). Then before accessing to download the show, the TV station has to send Impression some key information about their audience profiles and programming objectives.

After the TV station has chosen the format to be transmitted, they must send Impression their schedule with the days of the programming and chosen formats, including details of proposed repeats. Without the delivery of the schedule they are not given the opportunity to undertake the downloads.

Separate download access occurs for each format; in practice, if a broadcaster asks for the Shakedown format they can only download the requested format and no others.

The production structure is composed of a dense network of freelance collaborators equipped primarily with Sony cameras, which complement the ‘”internal bone structure”. Impressions actually owns a pair of small mobile vehicles, featuring six and four Panasonic cameras, respectively. The second employs a flightcase-oriented blend of equipment, while both OB vehicles were constructed in-house with the goal of trying to keep costs as low as possible.