As the number of broadcast trials and services offering an immersive audio component continue to grow, there is an understandable emphasis on the multiplicity of configurations and formats being used to produce them. Suffice to say without embarking upon a lengthy roll-call, broadcasters and OTT content providers do not face a shortage of options when deciding to embark upon Next Generation Audio (NGA) production.

For OB providers, in particular, the question of configuration is acutely important as it has significant implications for truck design and the use of space. For instance, 5.1.2 and 5.1.4 – whereby two or four speakers are added for height to an existing surround setup – are currently proving to be the most popular options. But with some users also experimenting with 7.1.4 and even 22.2, it’s probably a little too early to claim that there is a definitive roadmap for immersive production configurations.

Dafydd Rees, deputy director of operations at Arena Television, isn’t alone in believing that the current variety of approaches is entirely in line with expectations at this point. “An abundance of formats and technologies is a recurring feature at this stage of adoption for any new technology – it’s an inevitable part of the development cycle,” he said.

At Arena Television this translates to an emphasis on being both “format and workflow agnostic”. Rees explained: “The sound control rooms in our trucks are configured for multi-channel, multi-height audio monitoring with connectivity in place for a variety of authoring, encoding and monitoring technologies. It seems to me there’s some way to go before we’re really exploiting the full potential of immersive and object-based audio in our live productions to give the viewer an immersive and interactive experience, but we’re all set and look forward to hearing the possibilities develop.”

For the leading manufacturers the current abundance of choice can really only be addressed in one way – namely, to support as many of the main possible workflows as possible. As Christian Struck, senior product manager audio production at Lawo, observed: “The relevance of this issue is on the rise – we are still in an early phase of immersive audio – therefore it is of vital importance for manufacturers in the industry to support the most important formats.” 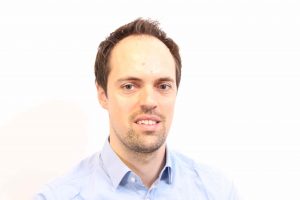 Having monitored the immersive mixing market since its formative days, Lawo integrated channel-based mixing in its systems for the mixing of 5.1.4 up to 22.2 format – and the various formats in between. Struck added: “Lawo is open to immersive audio standards like Dolby Atmos and MPEG-H, and supports the integration of respective tools in the workflow for mixing consoles.

“I refer here to the recently introduced control integration of Dolby’s DP590 [object audio authoring tool] as well as LIME, which is the new Lawo immersive mixing engine. This is perfectly suited to the upgrading of any Lawo mc2 console to allow for immersive mixing in different formats on the Lawo desks.”

But whilst the market is undoubtedly in a transition phase, “some formats have gained some pre-eminence beyond others. In particular, there is the 5.1.4 format, which can upgrade one of the most common setups for audio production, 5.1, by simply adding four additional speaker channels for three-dimensional information. This makes it possible to achieve a fully immersive acoustic experience [that also provides] a natural audio equivalent to 4K video, which has become the current benchmark for modern broadcast media.” 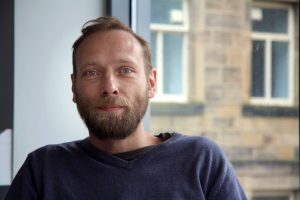 Calrec senior product manager Peter Walker concurs that 5.1.4 is “overwhelmingly favoured” for live broadcast at this point. “The majority of broadcasters work in 5.1 when doing surround, and when adding height legs four gives a much better listening experience than just two at the front,” he said. “It is also a manageable transition for both operators and the production infrastructure. […] The challenge for live sports is speaker placements in the audio control room on trucks, and they can just about deal with 5.1.4 in most cases.”

But despite the current popularity of 5.1.4 and 5.1.2, Walker emphasises Calrec’s support for alternative set-ups with developments including its new ImPulse Core audio processing platform. Hence, “when we introduced height legs, we also decided to introduce 7.1, 7.1.2 and 7.1.4, not because of specific demand but because we could. It also fills out our feature set and covers our users for any future ambitions. It’s a little bit like offering 96k audio for broadcast. Very few people actually use it, but a lot of people don’t want to invest in kit that doesn’t support it in case they want to use it in the future.”

Supporting the different ways in which customers may wish to produce immersive content is another abiding preoccupation. “We provide 0.0.2 and 0.0.4 paths to allow users to separate out the height legs easily because people want a tighter control over what goes into the height legs; they don’t want to just upmix general content,” said Walker. “In recent years it has been tempting to allow users to create paths of whatever width they choose, but the beauty of NGA is that this no longer matters. You can mix in 5.1.4 and that will get rendered to whatever x.x.x system it is played out on.”

Broadcasters are “staying pretty basic with objects at the moment,” added Walker, “but we’re working with our users to see what enhancements we can make for managing objects as the demands and production complexity increases.”

As a leading pro-audio supplier for more than 40 years, UK-based HHB Communications has been well-placed to track the recent emergence of immersive audio production as a notable force. NEP is among its major customers for immersive audio-supporting solutions, with the broadcast services giant recently purchasing additional equipment – including Soundfield DSF microphone systems and Dolby Atmos authoring, encoding and monitoring devices – in preparation for this summer’s events.

According to HHB director of sales and marketing Mark Pascoe, the industry is now in the throes of an important transition in terms of equipment and facility specification.

“Regarding the production of immersive audio for live events, proponents of the various formats have (until very recently) been involved with projects in a very tightly integrated fashion,” said Pascoe.

“Since production, distribution and emission tools have been supplied directly by those proponents or their partners, as suppliers of professional audio production equipment, we have seen little requirement for these tools. However, customers having been involved in these early projects are now starting to ‘go it alone’, and have requirement for the delivery of multiple, simultaneous events – meaning the repeat supply of equipment with which they are already familiar.

“Additionally, we are seeing an increase in interest, and the supply of, additional tools for the acquisition and monitoring of immersive audio. These include sound-field capturing microphones, QA/QC monitoring, and extensions to planar surround loudspeaker systems to enable monitoring of the content.”

The nature and complexity of immersive audio productions being carried out most frequently by broadcasters will inevitably have a profound influence on the primary configurations and formats they select for their broadcast centres and OB facilities.

And although as Walker notes above, there is an understandable tendency to keep things relatively simple at this point, plans are bound to become more ambitious in time. For example, applying NGA to entertainment content, in particular, could well call for more elaborate approaches.

So, for instance, whilst it’s true that the adaptation of 5.1 to 5.4.1 “will be the most successfully variety economically in the near-future,” said Struck, “applications with higher quality requirements such as entertainment shows or music recording/streaming are also looking into formats such as 7.1.4. Thanks to the higher channel count these can provide an even better listening and immersive experience.”