SVG Europe is pleased to confirm that Mark Roberts Motion Control has once again renewed its tenure as a Gold Sponsor of the association. 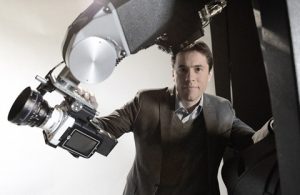 MRMC is a Nikon subsidiary, Academy Award winning company at the front line of camera robotics and innovation, and is a manufacturer of cutting edge solutions for camera control, motion automation, broadcast robotics and remote image capture. The company’s robotic and software solutions are used all over the world by film studios, sports broadcasters, football leagues and more.

“Sports Video Group has always been a valuable tool for us to gain insight into the latest developments in sports broadcast,” said Assaff Rawner, CEO at MRMC. “As the sports coverage industry and broadcast rights continues to diversify and evolve at such a dynamic pace, SVG Europe is a fantastic resource where we can be continually be  informed of all pertinent industry information.”

In March 2018 this year the company received the highly prestigious Queen’s Award for Enterprise in recognition of the company’s continued achievements in the UK trade and export of British products, goods and services. With its award-winning technology, MRMC has established a strong reputation for engineering excellence within the film and broadcast industry. There is a growing demand within the industry for Intelligent camera technology to provide unique perspectives and increased production efficiencies, which is at the heart of all MRMC products.