Mavis and Atomos partner to preview Cloud Studio at NAB 2022 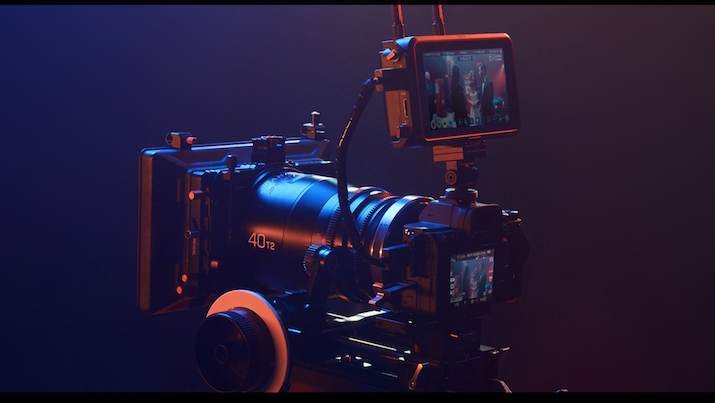 To mark the return of the show Mavis has also released a free version of the Mavis Pro Camera for NAB. The app is a 4K video camera for filmmakers and future updates will work seamlessly with the Atomos Cloud Studio

With Capture to Cloud, Atomos has introduced a flexible and immediate way to share clips from a camera with new Atomos Connect or Shogun Connect devices to remote team members, allowing more cameras than ever to be connected to online services and introducing faster ways to upload footage.

Just as Atomos works with different camera manufacturer partners to provide flexible recording and monitoring solutions, so engineers have been careful to design Capture to Cloud to support an array of cloud services. The platform will launch with integrations for businesses using file sharing services and studios working with Frame.io, with more to come. With Capture to Cloud customers will simply connect any network-enabled Atomos device to their camera and begin uploading clips instantly to the cloud service of their choice.

Capture to Cloud also includes support for Atomos AirGlu technology, which enables direct communication between devices and provides a wireless timecode lock. AirGlu simplifies the nature of multi-camera production and transforms what has been an exclusive workflow into one that expands across devices from iPhone via Bluetooth LE and includes support for Atomos UltraSync.

Capture to Cloud also supports a ‘dual record’ mode to further accelerate the process of uploading to the cloud. With dual record enabled Atomos Connect, or Shogun Connect, will record two files with matching filenames, timecode and metadata simultaneously – the full-resolution, Apple ProRes 422 or ProRes RAW ‘hero’ version and a high-quality, bandwidth-efficient HEVC (H.265) version. Each proxy is automatically uploaded to the cloud using a new Atomos progressive file transfer protocol, which can begin uploading the file even as it’s being captured. With this technology, Capture to Cloud bypasses the delay of waiting for camera cards to ingest, hard drives to ship, or even for the camera to stop recording.

Whether customers use the new Atomos Connect for Ninja V and Ninja V+ or the Shogun Connect, connecting the device to the destination platform and configuring a stream has been simplified. At launch Atomos Stream will include free support to deliver content directly to a single platform, including Facebook Live, Twitch and YouTube. Later this year, Atomos aims to release a premium restreaming service, via Atomos Cloud Studio, to support delivery to multiple platforms simultaneously.

Atomos Stream employs industry-standard encryption to ensure that all data transfers are protected and streams are secure. The integrated system supports a range of cameras that set a new benchmark for flexibility and reduce barriers to entry. Customers can choose to work with high-end digital cinema cameras, mirrorless or DLSR cameras, or iOS devices.

At NAB Atomos and Mavis are also providing an exclusive technology preview of Atomos Live Production, a complete, cloud-based control room for live video and remote collaboration. With Live Production video creatives will be able to produce a high-quality live show at a fraction of the cost. The toolset includes a fully-featured video switcher and sound mixer, with video effects and graphics, and talkback.

Live Production can work with any camera, from professional broadcast models, through DSLR and mirrorless, to the Apple iPhone, and the system is able to provide timecode sync to all sources in the cloud and on every connected device. Using the new Atomos Connect or Shogun Connect devices, camera feeds are streamed to the Live Production system. Utilising an ultra-low-latency protocol, each stream can be controlled in real-time from a browser, iPad app, or any compatible control panel from anywhere in the world. Once logged into the system crew members can view, direct, produce, mix and more from any location.

The integrated live talkback technology keeps team members connected and allows for an iPhone to be hooked up to ensure team members can communicate directly and easily. Delivery destinations include a dedicated Apple TV app or iOS devices, to make sure everyone can see the production as it goes live.

With AirGlu, Pro Camera uses wireless timecode protocol over Bluetooth to the Atomos UltraSync Blue, the Shogun Connect, or a Ninja V/V+ with AtomX Sync or Atomos Connect. Pro Camera provides options to record both H.264 and HEVC (H.265) at different frame sizes up to 4K and multiple frame rates ranging from 3 to 240fps. With this release, the app will also add support for ProRes on the iPhone 13 Pro and iPhone 13 Pro Max, with frame sizes up to 4K at 30fps, which means the app can comfortably sit alongside Atomos-equipped professional cinema, DLSR and mirrorless cameras.