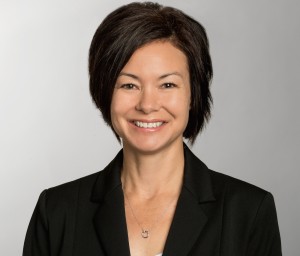 The Media Networking Alliance (MNA) – the professional industry alliance established to promote awareness and uptake of the AES67 audio interoperability standard – has announced the appointment of two new co-chairs of its Marketing Working Group.

Angi Roberson (pictured left), Director of Marketing at The Telos Alliance and Martin Barbour, Product Manager – Installed Systems at QSC Audio, will jointly hold the position for the next year, taking over from Will Hoult from Focusrite Audio Engineering.

Angi Roberson has over 20 years experience in the broadcast industry, since starting out in sales and customer service at Pacific Research & Engineering in 1993. Angi joined The Telos Alliance almost ten years ago, initially as Tradeshow Coordinator, and now as Director of Marketing. As Director of Marketing she oversees all aspects of marketing for the expansive Radio Division; this includes Telos Systems, Omnia Audio, Axia Audio, and 25-Seven Systems.

Martin Barbour has worked in professional audio for 17 years, after graduating from Liverpool John Moores University in Sound Technology. As an AV systems engineer, designer and installer, he worked on major projects including Wembley National Stadium and the O2 Arena in the UK, and the Atlantis Hotel and Water Theme Park in Dubai. Martin joined QSC Audio in 2010 as Product Applications Specialist, EAME. Recently appointed to Product Manager – Installed Systems, he has moved Stateside to Boulder Colorado, overseeing all audio aspects of the Q-SYS platform.

Speaking on the appointments, MNA Vice Chairman Terry Holton said: “We welcome Angi and Martin as they take on their new joint role and begin planning for 2017. Presented with two candidates of such outstanding caliber and experience, we took the decision to ask them to consider co-chairing the working group, which happily they agreed to do.

“The expanding rate of uptake of AES67 is correspondingly increasing the workload of the alliance in promoting awareness and educational support of the interoperability standard among the professional audio, AV and broadcast industries, and in supporting the on-going work of industry professionals and standards’ bodies like the AES and SMPTE. Angi and Martin are most ably equipped to ensure that we successfully manage that task.

“We also take the opportunity to thank Will Hoult who has commendably chaired the working group for the past two years. His hard work is greatly appreciated.”