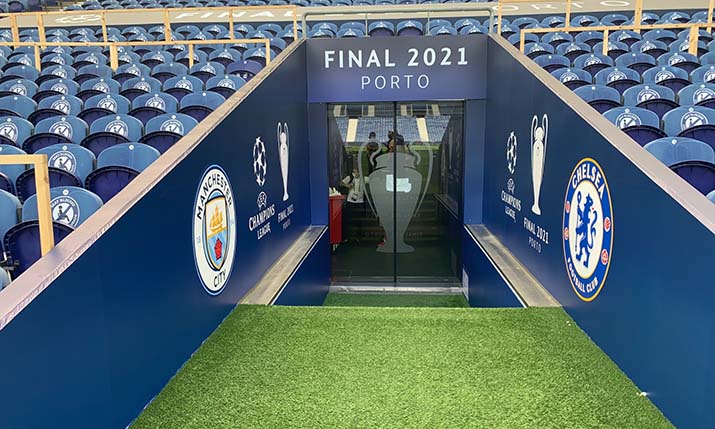 Mediapro turned around the last minute location change for the UEFA Champions League Final between Chelsea FC and Manchester City FC from Turkey to Portugal only 15 days before the match, providing a seamless and successful broadcast for the highly anticipated event.

Mediapro, the host broadcaster and technical facilities provider contracted by BeIn Sports, the rights holder for the UEFA Champions League final in Turkey, switched its entire production from Istanbul to Porto with only moments to spare on behalf of the federation.

Managing this feat of logistics and organisation were project manager for the event, Mediapro Turkey CEO, Rodrigo de Araujo, plus Marc Caeymaex, EMEA sales director for broadcast and media services division, in collaboration with the company’s head of global sales and operation, Francisco De la Fuente. 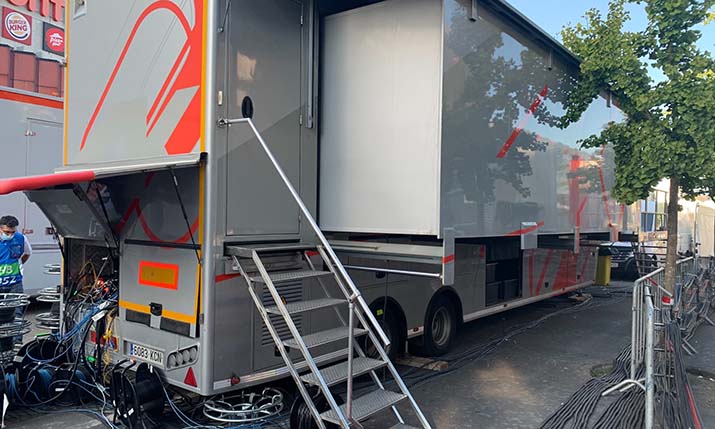 Just one day before Mediapro’s three OB trucks were due to leave Spain to travel to Istanbul for the final, they were rerouted as part of the new plans to Porto

Speaking to SVG Europe, Araujo says: “For me the biggest challenge was to move all the facilities from Istanbul to Porto, the other side of Europe, eight days before starting with the setup installation. We were eight days to Istanbul, when we were told let’s go to Porto, and in that eight days we changed all the logistic plans.

“UEFA had big concerns, but the trust we had from UEFA in us was very good as we have already been working on several UCL finals with them. The UEFA team has a great experience of such an invent and we worked like partners, not client and supplier.”

When the venue was changed to Portugal, with no rights holder for the final in Porto, UEFA took the responsibility to produce the final with Mediapro taking responsibility for the whole broadcast.

Araujo adds: “It was very easy for UEFA to say, “let’s change the country [for the final] but let’s keep what we have planned [for the broadcast].” 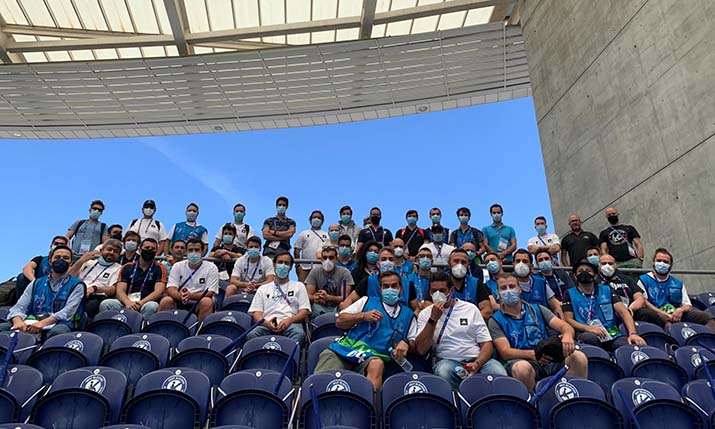 The Mediapro team ready for kick off in Porto

Just one day before Mediapro’s three OB trucks were due to leave Spain to travel to Istanbul for the final, they were rerouted as part of the new plans and went to Porto instead. Notes Caeymaex: “It was just in time, so all the equipment was not yet installed in Istanbul, so we just had time to send them West [instead of East].

The trucks sent from Spain for the event were Mediapro’s OB 89, “the biggest and newest, the most advanced that we have in our fleet,” says Araujo. OB 69 was sent as the main backup truck for OB 89, and OB 52 went for UEFA’s services, including world camera services and multilateral positions for visiting broadcasters; in Porto Mediapro had to take on the commentary positions and unilateral feed facilities for four broadcasters – RMC Sport from France, Eleven Sports Portugal, Movistar from Spain and TNT WarnerMedia, Brazil – on top of the international production for UEFA.

“It was very challenging with these [extra responsibilities], but it was a challenge that we met at the end,” notes Araujo. 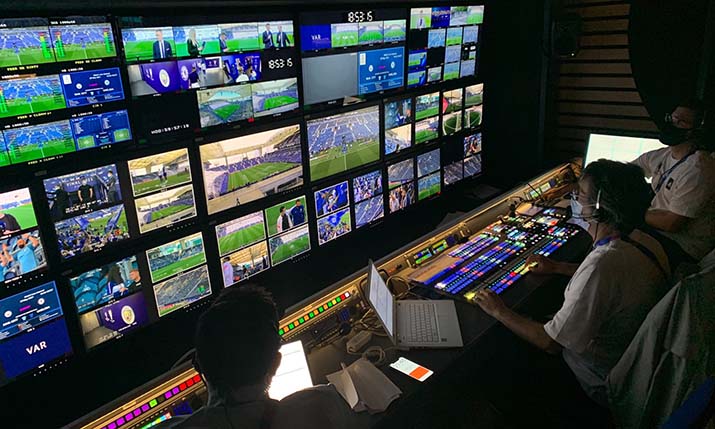 When the UEFA Champions League Final switched location from Turkey to Portugal, Mediapro had to source a total of 200 crew members quickly from Portugal and Spain

The original plan made by Mediapro would have seen part of its team on the ground in Istanbul coming from the wider European team, and around 50 people from Turkey. When plans were suddenly changed, the company had to source a total of 200 crew members quickly from Portugal and Spain. Luckily it has extensive trusted contact lists in both countries so was able to source people and sort out travel arrangements very quickly.

Says De la Fuente: “This kind of switchover in just a few days, thanks to our own travel and logistics agencies inside Mediapro, was smooth.”

Mediapro was able to fulfil all the requirements for the event internally, with special cameras coming in from Spain and Portugal, plus those two countries also providing all assets and crew. 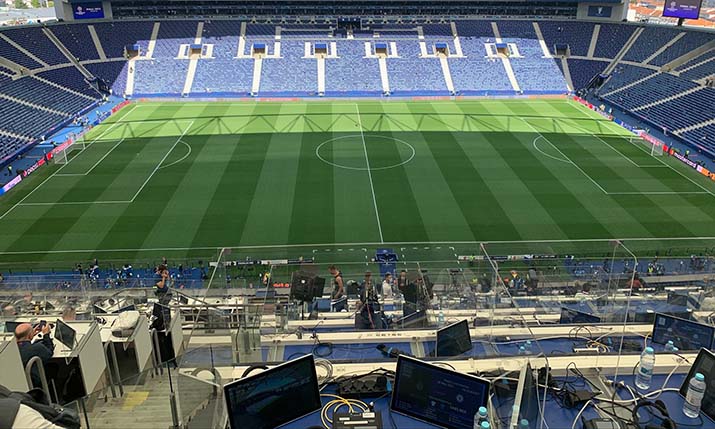 The entire production was carried out on site according to UEFA’s requirements, using strict social distancing rules. Adds Araujo: “Everyone from the team was tested beforehand, as required by both UEFA and the Portuguese authorities, to avoid any kind of contamination in the TV compound.”

De la Fuente concludes on the broadcast of the final: “I believe it was very good! UEFA gave us feedback that everyone was very happy with the final result, because of the original plan and also the resulting preparation for the fast response that Mediapro delivered to UEFA; it’s not easy to produce a final, but it’s not easy to produce a final in 15 days.

“Our capacity to adapt and react is, with no doubt, one of reasons that makes Mediapro one of biggest players in the market with capacity to provide any solutions in difficult situations. I’m very happy!”