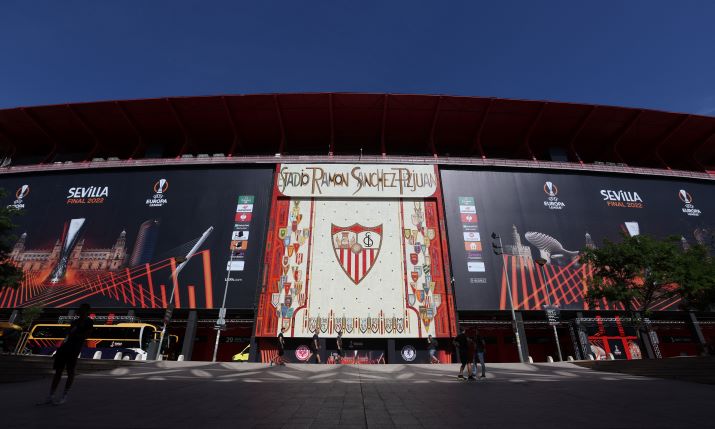 More than 50 cameras, two outside broadcast units and a crew of over 200 broadcast professionals from the Mediapro Group participated in the broadcast of the UEFA Europa League final in Seville.

The Mediapro Group was appointed the audio visual company in charge of the production and distribution of the international signal for the UEFA Europa League final between Eintracht Frankfurt and Rangers FC which took place on Wednesday 18 May at the Ramón Sánchez Pizjuán Stadium in Seville.

To ensure the best coverage of the event, the company deployed a strong team and trucks, plus over 50 cameras, with specialised systems including two Steadycams, two  Pole cams, four Mini-cameras, four High Speed, six Super-Slow-Mo, a Sky Cam and a drone, and match production in 4K and HD quality for the game broadcast in Spain on Movistar Champions League.

In the director’s chair was Òscar Lago Domínguez, one of the industry’s most distinguished and accomplished sports directors internationally, with considerable experience directing LaLiga matches, responsible for the 2010 and 2019 Champions League Finals and several of the Euro 2020 games.

The Mediapro Group has amassed a wealth of experience in the production of major sporting events, responsible for last year’s Finals of the UEFA Champions League held at the Do Dragao stadium in Porto in 2021, at the Da Luz stadium in Lisbon in 2020 and in 2019 at the Wanda Metropolitano in Madrid.

Telefónica is the host broadcaster of the UEFA Europa League Final 2022.