Mediapro takes Téléfoot to the top of football broadcasting in France 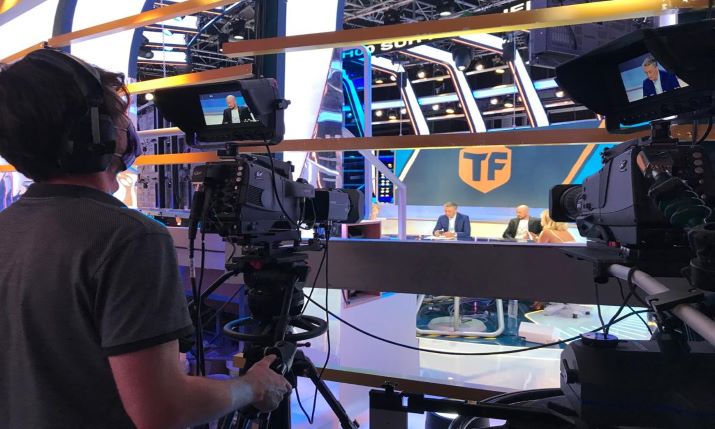 Téléfoot, the new Mediapro and TF1 sports channel showcasing Ligue 1 and some European Championship matches in France, launched in August this year. Built from scratch in just two months, Mediapro is suitably proud of its achievement.

SVG Europe recently caught up with Cyril Marçot, head of production at Mediapro, to find out how the pay-TV channel was created.

It is a somewhat unusual broadcaster in France as the Chinese-Spanish group, Mediapro, which runs the channel in partnership with French commercial broadcaster TF1, not only manages editorial content inhouse but also produces and broadcasts the matches.

Located at the heart of the French broadcasting hotspot in La Plaine Saint Denis near Paris, Téléfoot had very little time to design and build its facilities. “We designed and assembled all the technical production means in just two months, which is a record for a media implementation of this magnitude,” claims Marçot.

The premises include six Avid post-production editing rooms as well as an Adobe After Effects room and a Protools mixing room. However, it is the two studios of 100 and 300 square metres each (able to host the public when the COVID-19 pandemic allows,) that form the backbone of the channel.

These studios are the location for the three daily shows that are shot and produced daily for Téléfoot, and are also used for pre and post-match footage. 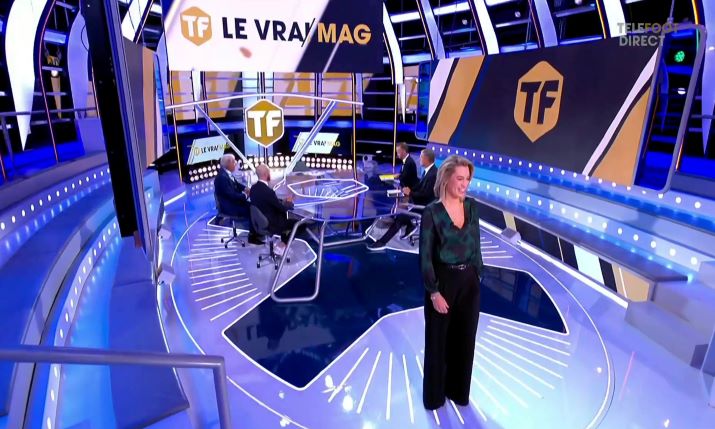 “For now our production control room consists of a Grass Valley Kahuna mixer for the two studios, but eventually we will have one for each space. The big set has 10 cameras, two remote, and also a camera crane. We still prefer using camera operators to shoot footage,” continues Marçot.

The two studio sets are physical rather than virtual. Comments Jérôme Revon, a producer of the studio programmes and consultant for the channel who previously worked for Canal+ at the helm of its football match productions: “We can easily differentiate the set designs of our various shows. To do so, we use a maximum number of screens captured by the cameras and we obtain a large range of colours with LED lighting.

“We also use 3D augmented reality widely for statistics and other written data that we display interactively thanks to the camera rig cranes on both sets.”

In the near future, holograms will be integrated into Téléfoot programmes. The channel’s hispanic heritage is reflected in the design of the studio sets by Spanish designers and the use of holograms which is a popular trend with Spanish viewers.

The idea is to place a player who has been interviewed on the field in front of a green screen that can be inserted directly on set in 3D, beside the experts and guests in the studio. 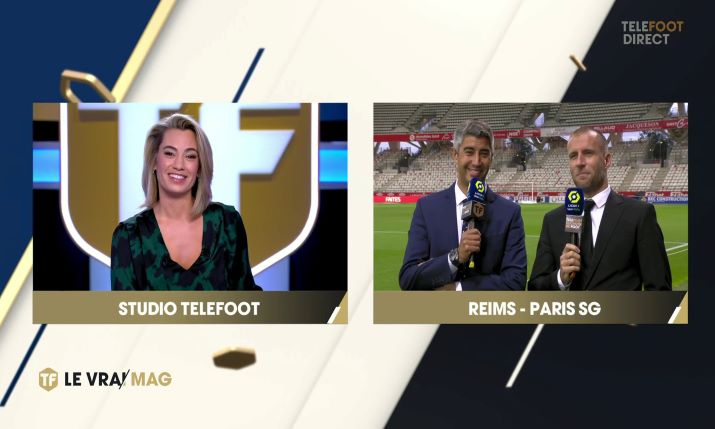 Téléfoot’s broadcast playout facility is based in Barcelona, the home city of Mediapro

For the broadcasting of matches, Mediapro OB units are installed around the relevant stadiums, replacing those of French service provider units belonging to AMP Visual TV and Euromedia.

Altogether, around 10 of the group’s OB units cover the matches, with two 4K HDR production units deployed for the Ligue 1 matches. For other matches, the number of cameras and their positions remain unchanged according to the strict COVID-19 health and safety specifications laid out by the Professional Football League.

“We have nevertheless installed cablecams that will remain in place in the Paris, Lyon, Lille and Marseille stadiums,” notes Revon.

Téléfoot’s broadcast playout facility is based in Barcelona, the home city of Mediapro. It is a traditional master control room which interacts closely with the facilities in the Paris area.

Says Marçot: “The dark fibre link between la Plaine Saint-Denis and Barcelona is managed by Overon, a subsidiary of Mediapro. All the feeds of the matches arrive simultaneously at the channel and in Barcelona.

“What’s more we benefit from a perfectly coordinated effort between the servers on both sides, with a workflow that ensures fast and smooth editing of the highlights of each match,” adds Marçot.

Although remote production for football is increasingly prevalent in Spain, it is not yet the case in France. However, new developments are being looked at that could see graphics for certain matches as well as LSM operators pooled and consolidated.

While Téléfoot is still in its infancy, it is clear that it Mediapro is going to make this channel a success.