Mediaset Italy looks to the future with investment in IP 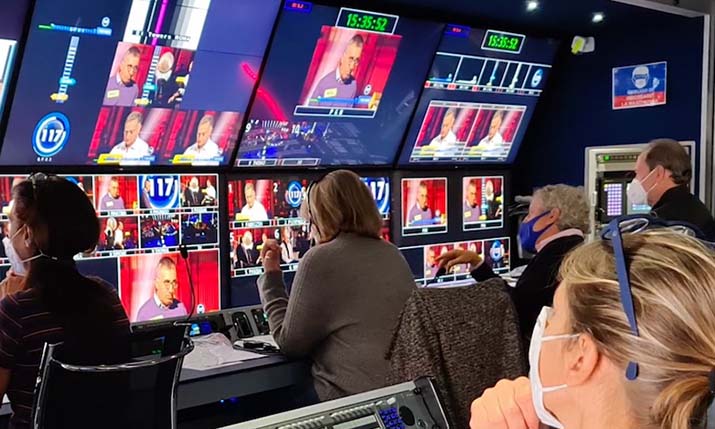 In November 2019, Italian broadcaster Mediaset began a project to migrate its production and media infrastructure over to IP, with work starting just before COVID-19 hit in early 2020.

Due to the pandemic, the delivery of the complete operational infrastructure, initially scheduled for September, was delayed. However, the first of four production centres, the Palatino in Rome, is now due to start operations in full IP in January. The remaining centres, located across Rome and Milan, are set to be fully operational by June.

Mauro Cassanmagnago, Mediaset production & broadcasting technologies department director, describes the extensive migration project from SDI baseband to full IP: “Initially it was conceived as a SMPTE 2110 and AES67-Dante format link between the four main production centres: the first in Cologno Monzese, a Technology Operative Centre in Segrate and two TV centres in Rome – the Palatine Hill dedicated to the production of news and sports and the Elios Roma production centre, which specialises in entertainment programmes. 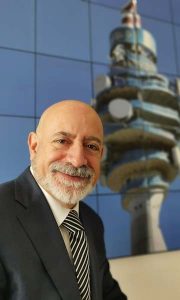 “The basic idea stems from the desire to unify technologies by transitioning to an IP infrastructure for the transmission of signals between Milan and Rome. The old concept of signal distribution centres with input and output assignments, transfer of signals and compressions, will be superseded by IP technology which allows all baseband signals to be available for all users on an IP network.”

He continues: “For Mediaset, the transition is easier than for other broadcasters because our production centres have been connected by fibre and managed directly by us since 2000. About 7000km of fibre optics connect all the provincial capitals where we have our headquarters. Even within the production centres, all signal distribution has been in fibre for years, down to individual workstations.

“Thanks to this infrastructure, the transition from SDI to HD SDI to HD IP or 4K IP is totally clear for us and it means we are open to future developments.

“In addition, the migration to IP technology will allow us to transfer baseband signals in HD at 1.5GB or 3GB and in 4K at 12GB without compression between Milan, Rome and every single production centre, something which also reduces the complexity of monitoring. 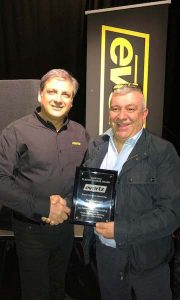 Enrico Beoni, manager of the Milan branch of Professional Show

“Another concept related to IP requires the user to choose the signals they need; in fact, all IP signals contemporarily available to everyone.
The previous concept of a switching centre is replaced by that of a Network Operations Centre (NOC), a ‘control’ function that verifies the consistency of all signals, the ability of users to receive signals where only traffic on the network is supervised, without interactions for the routing of audio/video/data/intercom signals.”

Enrico Beoni, manager of the Milan branch of Professional Show, the systems integrator behind this project, shares his thoughts on the project. “The migration process from SDI to IP at Mediaset has been underway for some time. Instead of creating fixed IP technology control rooms, Mediaset looked ahead and decided, as a first step, to have two full IP mobile control room vehicles built. These could work alongside fixed shooting studios but also at venues, anywhere in the field.

“The first unit, OBVan18, also made by Professional Show, has been operational since 2018; it was designed and delivered in just six months with baseband technologies then with Evertz devices in IP.
The second unit, OBVan19, already included native IP devices on board, such as a Sony video mixer, Hitachi cameras, a Solid State Logic audio mixer and RTS intercom.

“For both the mobile vehicles and the production and distribution centres we have chosen to integrate everything by Evertz so that operational interfaces and instruments are similar to the pre-existing ones.”

He confirms: “We are also well advanced in the transition of the remaining production facilities in Milan and Rome.”

Cassanmagnago resumes: “We have combined the concept of IP distribution with the idea of ​​production studios, always in IP, by developing both OB vans in IP, connected to this network, and fixed studios. Our all-IP galleries will even make it possible to tackle remote productions, due to the availability of all sources within the network. This occurs both in the video and in the audio domains with Dante and in all intercom communications where we can transfer IP signals on the SMPTE 2110 network – AES67.

“The whole system will be in production by mid-2021, after the necessary training takes place.” 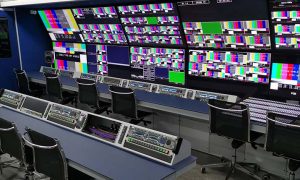 All-IP galleries will make it possible to tackle remote productions

On the positives of the move, Cassanmagnago says: “The IP migration allows us to be operational and flexible geographically and for the viewer at home this change will be clear.”

However, it also presents challenges: “Internally we have to face the problems related to smart working, which is not yet perceived as the ‘new normal’ by everyone. The change of operations from SDI to IP arouses some concern among employees, some of whom have become accustomed to working in certain ways for many years. The simplest analogy seems to be that of the telephone switchboard: in the past the operator called a number and told them what signals they wanted in order to know which line they would receive them on. A paper schedule with a list of times and destinations with numbers to contact was enough.

“Today, hundreds of thousands of signals are contemporarily available on the network and therefore it is up to the end user to decide which signal to choose.”