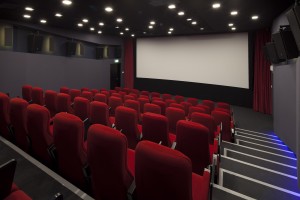 Audinate’s Regional Manager of Global Support Services for EMEA, and Christian Diehl, Riedel Communications, Product Manager Matrix Intercom, are among the latest speakers to sign up for the Next Generation Audio Summit, which will take place at Dolby’s renowned Soho Square Screening Room in central London on 10 November. Devised by SVG Europe in conjunction with Dolby, the Next Generation Audio Summit will feature an exploration of the new technologies set to shape the future of broadcast audio for sports.

Anyone who has attended an audio trade show over the last 2-3 years will be aware that broadcast audio is now on the verge of a profound change thanks to the advent of what has come to be known as ‘Next Generation Audio’ (NGA). Encompassing a variety of technologies and techniques designed to deliver a more powerful and customisable experience for viewers at home, NGA is expected to resonate strongly in the high-impact world of sports production.

The Next Generation Audio Summit will also include a networking lunch and drinks, as well as special demos prepared by Dolby. The day will conclude with a special screening of Jack Reacher: Never Go Back in Dolby Atmos and Dolby Vision.

The Next Generation Audio Summit is primarily an invite-only event, but anyone who would like to discuss possible attendance or participation should contact SVG Europe Managing Editor David Davies ([email protected]) for more information.