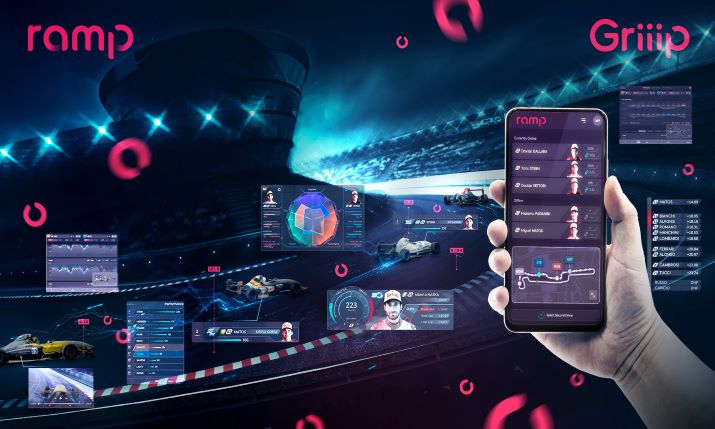 Griiip, an Israel-based motorsport data technology company, is on a mission to transform the racing industry’s engagement with fans through next generation cloud-based technology.

Griiip was established in 2015 to design and manufacture race cars targeted at the entry-level racing market. It has now evolved into data technologies for all motorsport, and Tamir Plachinsky, CEO at Griiip, says the company, “acts as a development platform and gateway for new technologies into the world of motorsport”.

Griiip is already in action in the German touring car championship, Deutsche Tourenwagen Masters (DTM), via the broadcaster Sat.1 out to around 60 countries worldwide over the 2021/22 season. It is currently in talks with various other series’ and will be making announcements as deals are signed.

Productising graphical data for all motorsports

As to how it works, Griiip’s proprietary ‘RedBox’ hardware collects data from race cars in real time to a central cloud platform, where it is immediately analysed to create data-driven products including live production graphics with expert insights, fantasy and sports betting applications, as well as more connected fan engagement platforms.

Plachinsky tells SVG Europe that the business is setting itself apart from companies such as Amazon Web Services (AWS), which already provides Formula 1 with data-based graphics for fans, by aiming at creating a single, productised language for all motorsports.

He explains: “If I am a local series in the UK, I cannot use [the platform that] Formula 1 is using. I need to establish a system of my own. We do something similar to what AWS is doing for Formula 1, but for the entire market. We look to productise the racing language to be able to tell the racing stories much better.”

Plachinsky goes on: “What we’re doing is providing a better experience for fans – for everyone – using data. It’s a bit ironic when you think about it, with motorsports being one of the most sophisticated tech-driven sports in the world, but [data is] left on the track for the drivers and the teams; nothing goes out. Engineers led motorsports for many years and they saw the data as being so secret that it was not accessible to anyone. And that still is the case.

Broadcasters must stop being passive

Plachinsky states that broadcasters can do more to bring new fans to motorsports. “Until today broadcasters pretty much were pretty passive about how they work; they film the event then they broadcast it for the fans. We’ll actively go [with the broadcaster] to a racing series and say, “we don’t want to be passive anymore; we know that the contest can be better if we add the data [extraction as developed by] Griiip, and we will get more viewers, and you will get more exposure”. This enhances the content that naturally is being prepared by broadcasters.

“We call it an up-spiral; you need to up-spiral your business. If you don’t have fans or viewers in a sport, it’s just a hobby, something you do for fun. It can be a serious hobby, but you need to have fans. More fans attract more drivers, who [in turn] attract more fans, and even more sponsors; that’s the up-spiral.”

Additionally the firm has recently announced the successful conclusion of Series Seed funding, with US-based investment firm, Sharp Alpha Advisors, among the leading investors in this round, joining existing strategic investors including Porsche Ventures, the venture capital division of car manufacturer Porsche.

The funding will act as a catalyst to support Griiip’s continued global expansion as the company works to achieve its mission of transforming of motorsport viewer experiences through the application of next generation technology.

Comments Plachinsky: “We’re very pleased to welcome our new investment partners into the Griiip team, a group who share our vision of transforming the way motorsport series and fans engage with each other through next generation tech.

“As racing fans ourselves, we know how much demand there is among the motorsport community to bring series and fans closer together, and this first round of funding will help us do precisely that. Griiip technology platforms connects all the players in the motorsport ecosystem through data-driven applications that increase fan engagement, generate new monetisation opportunities for series and teams that have not been available until now.”

“While the global motorsport industry is rooted in technology, the viewing experience and fan engagement platforms have fallen behind other sports such as football, basketball, baseball, and American football. Griiip makes the motorsport ecosystem more accessible for fans by providing innovative ways for racing organisations, leagues, franchises and car manufacturers to engage with, provide value to, and monetise their target audiences through the application of tech hardware and software.”

Griiip is the start-up behind fledging motorsport series G1. The initiatives of the G1 Series – which was piloted in July 2018 but began officially in April 2019 – include drivers competing in virtual simulator races for championship points; a complete low budget data-driven live streaming production; free online access to all footage collected from each race for creation; and sharing of user generated content.