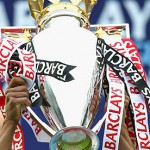 Modern Times Group, the international entertainment broadcasting group, has acquired the television broadcasting rights to England’s Barclays Premier League in Sweden and Denmark from the start of the 2013/2014 season until the end of the 2015/2016 season from the Premier League. The rights include coverage of all 38 rounds of the Barclays Premier League, comprising matches played in close to 200 individual time slots. All of the rights are exclusive on all platforms in Sweden. The rights to approximately 280 of the matches are exclusive on all platforms in Denmark, while the rights to approximately 100 matches are non-exclusive.

Hans-Holger Albrecht, President and CEO of MTG, says the Barclays Premier League is the most popular domestic club football competition in the world and has a huge fan base in Scandinavia.

“We are therefore delighted to have both prolonged our exclusive TV rights in Sweden and now secured an enhanced rights package in Denmark,” he says. “We will continue to provide viewers with premium coverage of matches for the next three years in SD, HD and 3D, and on as many platforms and devices as possible. High quality delivery of the best entertainment content on an ‘anytime anywhere’ basis is what Viasat is all about.”

Under the terms of the new agreement, the matches will be shown in Sweden on the Viasat premium pay-TV sports channels. The channels will broadcast coverage with local commentary from all time slots from every Premier League round from August to May, as well as additional programmes featuring highlights, profiles, interviews and analysis. MTG’s Viasat sports channels are available on the Viasat satellite platform, as well as through all major third party IPTV and cable networks.

The Danish TV3 free-TV channels will broadcast coverage with local commentary from all time slots from every Premier League round from August to May, as well as additional programmes featuring highlights, profiles, interviews and analysis.

MTG currently holds the broadcasting rights to the Barclays Premier League not just in Sweden and Denmark, but also in Estonia, Latvia, Lithuania and Bulgaria.

Premier League Chief Executive, Richard Scudamore, adds: “We are extremely pleased that Modern Times Group has won the rights to broadcast the Barclays Premier League in Sweden and Denmark. I am sure they will continue to deliver fantastic coverage of the League to our many fans in both countries.”