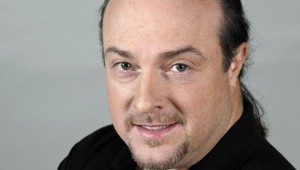 For the tenth year running, Murdock Event & Media provided audio reinforcement for the Hahnenkamm Downhill ski races in the Austrian ski resort of Kitzbühel – this year, placing Electro-Voice XLC compact line arrays at the core of its solution.

As Murdock MD Stefan Gieringer (pictured) explains, Electro-Voice products have long been key components of the company’s Hahnenkamm sound spec “because they deliver first-class performance and are completely weatherproof. In fact, in the ten years we’ve been handling this event, not one EV device has ever failed. So for an event of this importance and difficulty, they’re ideal.”

This year, the six-person Murdock team hung no fewer than 44 Electro-Voice XLC127DVX three-way line array systems alongside the pistes for the downhill and slalom as well as in the finish area, with 18 Electro-Voice Xsubs and 18 Xi-2123 tops completing the set-up. The XLC elements were placed on three seven-metre-high flip towers, ensuring homogeneous coverage the length of the 3.3 km-long Streif.

“We would have liked, naturally, to have used higher flip towers, but for aesthetic reasons seven metres was as high as we were allowed to go,” says Gieringer. “In consequence, we had to find some extreme angles!” Here, Electro-Voice’s tilt extenders proved their usefulness. The Dx46 controller, equipped with FIR filters, also proved impressive: “It allows you to get better sound quality, so it brings only advantages.”

“This was a successful test for us, the results proved quite positive,” says Gieringer. “We are considering purchasing more of that equipment for our inventory in order to remotely control the entire sound system.”

To connect the three FOH positions, the Murdock team used a NetMax digital matrix, which also served to link the Austrian television (ORF) and radio (Ö3) teams to their studios. The main FOH position was located in the finish pavilion, as was the Ö3 studio. The reporters’ cabins were on the opposite side of the finish area – only 200 metres away, as the crow flies, but requiring 600 metres of cable. The summed signals were routed from Murdock’s digital console directly to the NetMax with all subsequent distribution in digital form.