NAB 2016: Belden’s Stroup offers a look at the Grass Valley vision for the future 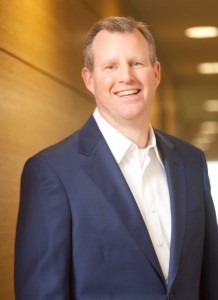 In the decade that John Stroup has served as CEO and president of Belden, he has overseen the transformation of a company that today plays a key role in broadcast as well as in enterprise connectivity, industrial IT, and industrial connectivity. When the NAB convention opens in Las Vegas, Belden’s Grass Valley brand, and the company’s broadcast segment, will be at the centre of plenty of news and activity.

For Stroup, who has relatively recently become involved in broadcasting and the Grass Valley community, the show stands out compared with many other, non-broadcast events. “Some shows have gotten so bad [that] there are no customers and you just sit and interact among vendors,” he says. The NAB Show, he adds, is not one of those shows, and, for the Grass Valley Miranda brand, that is good news.

Grass Valley has “truly great products, technology, and people, as well as well-respected brands,” he points out. “So, within the four walls, we’re happy, the business is performing well, and we’re making investments in technology.”

A peek behind the NAB 2016 curtain

Much of the news at the Grass Valley and Belden booth (SL106) is under wraps until the show opens, but Stroup is able to discuss some of the key technology trends that will be on display. Yes, of course, there will be the latest and greatest UHD production systems, but there will also be continued emphasis on helping the broadcast industry make the move into IP workflows and connectivity.

“One of the things we’re excited about is the AIMS Alliance. We think that is the right thing for the industry,” he says of the Alliance for IP Media Solutions, a non-profit trade organisation founded by Grass Valley and others to foster adoption of industry standards as the broadcast and media industry transitions from SDI to IP.

“This is the third time at Belden that we are experiencing a transition from proprietary systems to IP as we’ve helped those on the industrial factory floor do. Now we are doing it in the broadcast business,” says Stroup. “It’s not unusual in that transformation for vendors to position a proprietary IP solution, but, at the end of the day, that is not going to work for the customer. Customers are excited about IP because it allows them to be more flexible and benefit from greater interoperability with others. And that is what we are trying to achieve with AIMS.”

The challenge, he explains, is for Belden and Grass Valley to increase investments in engineering to make sure that the broad Grass Valley product portfolio is all-IP from the camera to the TV screen. “We know that the investments will work for the industry in the long run and will pay off,” he adds.

How to survive the move to IP

Based on Belden’s experience in IP transition, Stroup advises everyone in the broadcast industry to be patient: the transition will take far longer than expected.

“It’s impractical to think that a company will scrap all of their assets and transition everything to IP immediately,” he explains. “So there are a lot of [interoperability] challenges with old and new hardware that will be with us for some time.”

Belden is also leveraging that experience. The team from its Hirschmann brand, which specialises in industrial automation and networking systems, has been meeting with the Grass Valley team for the past 18-24 months to share insights into the transition to IP for the broadcast industry, whose needs are as mission-critical as those in an industrial facility. Downtime for example, is a huge issue, and the Hirschmann team is familiar with getting through the long transition.

“In the industrial world, we are going through what is called Industry 4.0, where it is moving from a centralised command-and-control environment to one that is distributed and nimble,” Stroup explains. “We’re confident that the broadcast industry will get there, but it will require vendors to think differently and also have a lot better software development. There are not as many software engineers in the broadcast industry or people who understand networks and what virtualization will mean to the broadcast environment.”

The need for software engineers

Stroup cites Belden’s own experience over the past decade as an example of what lies ahead for traditional broadcast manufacturers. When Belden acquired Hirschmann 10 years ago, the company’s engineering ranks were about 20% software engineers.

“Today, that number is 70%, and the challenge is getting to that point,” Stroup says. “We have been very steady so that, when someone in engineering retires, they are replaced with a software engineer. So we systematically add software engineers. But, at the same time, you have to be careful because you don’t want to lose the application knowledge found with a hardware-engineering mentality.”

The move to IP and, eventually, software-based systems will also change the nature of how products are sold and purchased. “Salespeople are used to giving away the software, and they aren’t used to always including maintenance and service agreements. So there is a learning curve,” Stroup points out. “And, on the other side, broadcasters are used to paying a lot for the hardware. This means moving from a cap-ex to op-ex environment, and some of them would prefer to still make a capital investment.”

The other overlooked aspect of moving to IP is the increased need for cyber-network security, something that Belden is involved in via its Tofino Security and Tripwire brands.

“One reason to go IP is to allow for remote access and the ability to enter a network, and broadcasters will need to know the network is secure,” Stroup explains. “Later this year, we will announce the first example of integrating cyber security with the integration of the Tripwire IP360 platform into Grass Valley products. That will be a big deal and a significant differentiator from the competition.”

That move, like many at Belden and Grass Valley, is designed to future-proof products, much like the efforts around UHD and 4K that will be on display at NAB 2016.

“You can’t make a bet against 4K in our industry, and we have made the commitment to have an entire platform that supports 4K,” says Stroup. “The consumer-electronics companies are ahead of the broadcast industry, so we’re just waiting for the content. And, when someone like ESPN or the Big Ten Network is offered in UHD, I am going to rip out my old TV and get a new one. I know a lot of people who are just like me when it comes to that.”