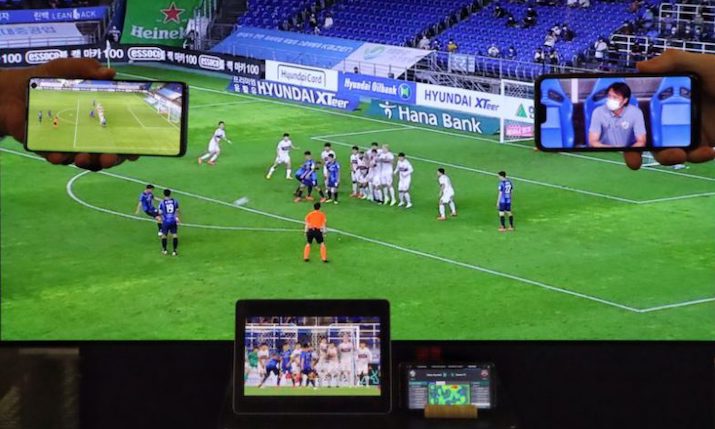 In addition – and for the first time ever – 13 of these games will be available to watch in Multiview, thanks to technology developed by Austrian company NativeWaves.

K League matches are being delivered to viewers in Germany by SportDigital Fussball, a specialist broadcaster that screens around 700 live football games each season from 18 competitions across four continents. German consumers who have connected Samsung Smart televisions can now watch selected games from the K League on SportDigital Fussball via the Sportworld app, which was developed for Samsung Electronics by Munich-based B1SmartTV.

Yeon Sang Cho, K League secretary general, commented: “We are delighted to collaborate with Sportdigital Fussball, NativeWaves and Samsung to bring such a novel technology, advancing the watching environment and adding dynamics to K League, and hope this could be the positive influences to raise recognition of K League overseas.”

NativeWaves CEO and founder Christof Haslauer added: “K League football is already really exciting to watch, but having the ability to personalise the content you see will bring a whole new dimension to the games. Samsung Smart television owners who download the Sportworld Mobile app will be able to choose the data and camera angles they see according to their own interests and preferences. We are confident that, once audiences realise the potential of this type of viewing experience, they will never want to go back to watching their favourite sports and live events as a single view experience.”

Gerd Weiner, managing director of B1SmartTV, said: “We are very happy that the multiscreen solution developed by NativeWaves will allow K League audiences to enjoy and benefit from additional content on their second screens exclusively on Sportworld. This collaboration has delivered successful proof of the media convergence between SmartTV and smartphone, and we would like to thank SportDigital for its support in helping to realise this project.”

Gisbert Wundram, managing director of SportDigital Fussball, added: “By successfully bringing together this collaboration between Samsung, NativeWaves and the K League, we have added even more presence and dynamism to the exciting K League matches in our live broadcasts on Sportdigital Fussball via MultiViews.”