NBC relies on Sony once again for Winter Olympics coverage 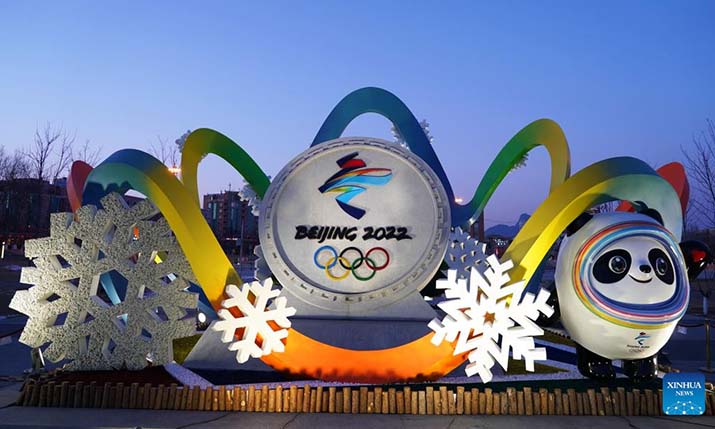 It utilised over 100 Sony cameras to capture footage at event venues and record athlete interviews, press conferences and other assignments that required studio and portable recording and capture in Beijing. A selection of the Sony cameras, including the HDC-3500, were used for IP-enabled transmission, while the rest operated in SDI.

NBC Sports also incorporated more than 300 of Sony’s professional monitors, including the BVM-HX310 4K HDR master monitor for critical picture evaluation and PVM-X Series 4K HDR Trimaster monitors for on set and location monitoring. Additionally, other HD LCD monitors from the LMD series were used in the studio and field.

Sony’s Professional Services Group also offered an extensive network of resources to provide 24/7 support for all broadcasting equipment and operations, as well as the integration of the International Broadcast Center in Beijing, reinforcement for the competition venues and studios at NBC Sports headquarters in Stamford, Connecticut.

“We have relied on Sony to deliver the latest production, monitoring and image capture equipment for the past 11 Olympics,” said David Mazza, CTO, NBC Sports & Olympics. “For both the Tokyo Olympics and now the 2022 Winter Olympics, we’ve included the 4K HDR and 1080p HDR images, monitors and workflows that Sony helped us make the transition to. These stunning images are moving around our facilities now in both SDI and IP, and they do so with Sony’s typical delivery of extremely high reliability. Sony’s global support teams also assisted NBC Sports in Beijing and Stamford and helped us to enhance our continued push for remote production techniques necessitated by the global pandemic. Sony continues to be a critical partner to NBC Sports’ production of the Olympic Games.”

“Sony has been a long-time partner of NBC Sports and its first-rate coverage of the action, emotion and excitement of the event,” said Studdert. “We’re pleased to again provide the necessary equipment and support to help activate this primarily remote production from Stamford. Through the use of Sony’s 4K and HDR technology, NBC Sports gave its crews enhanced creative and operational freedom while heightening engagement and nuance for fans throughout the United States.”