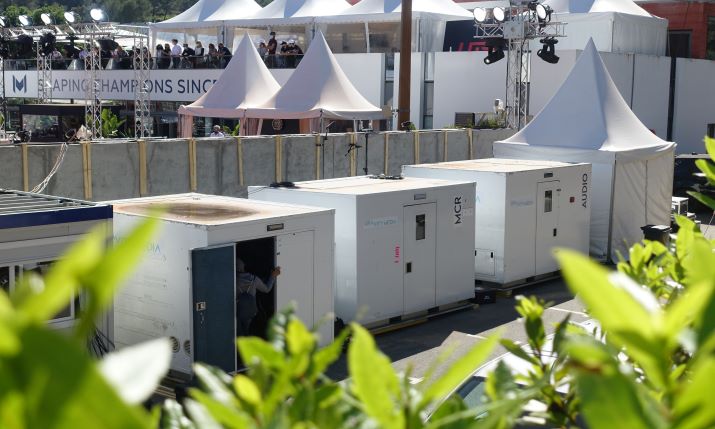 Ultimate Tennis Showdown (UTS) is the world’s newest tennis league. Created by Serena Williams’s coach Patrick Mouratoglou, UTS presents a unique and disruptive format that comprises intense 40 minute matches broken down into quarters, and innovative in-game features. Live coaching and mid-match interviews are live streamed to the audience at home, allowing fans a rare insight into what the players are thinking mid-game.

UTS4 – the fourth edition of the event – took place on 24 and 25 of May 2021 at the Mouratoglou Academy, located in Biot on France’s Côte d’Azur. All of UTS’s matches are live streamed on its own streaming platform, UTS Live, which also carries replays, insider episodes, podcasts and match highlights. UTS4 involved eight matches per day over two days, streamed on UTS Live and broadcast in over 100 countries across five continents. 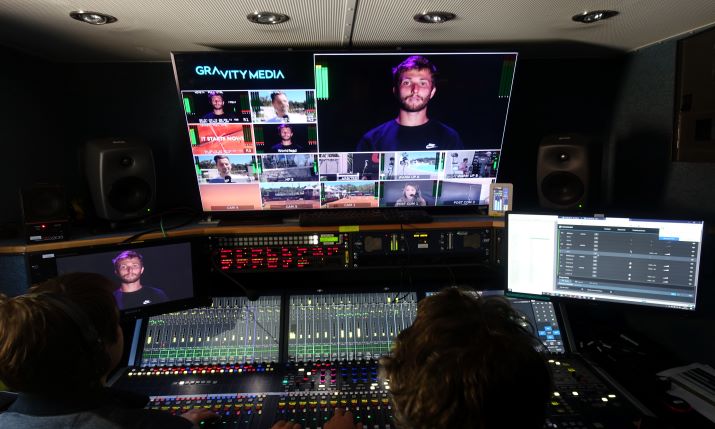 Ultimate Tennis Showdown requires a suite of specialist cameras and microphones to transport the fans onto the court and into the action, which Gravity provided

Gravity Media had a team of 30 technicians, engineers, camera operators and EVS operators onsite, looking after everything from rigging the AV equipment to creating fast turnaround highlights of key match moments.

As a no-spectator league, UTS relies on a highly creative broadcast set up. The way it is filmed is very different from traditional tennis matches, requiring a suite of specialist cameras and microphones to transport the fans onto the court and into the action.

For UTS 4, that suite of specialist equipment consisted of eight cameras, including two track-cams and a Steadicam, two RF cameras, and eight PTZ robotics, alongside three EVS XT 3, a Lawo MC236 audio console, and a Sony MVS 6530 vision mixer.

All of this equipment was despatched to Biot in Gravity Media’s unique Production Pods; ultra-efficient, highly portable mobile production units that are both interconnected and pre-integrated, to allow for rapid rigging and derigging.

With designated units for audio, production and MCR, these pods offer all the features of an OB vehicle in uniform, portable containers that can easily be transported by road, rail or plane. Configured by Gravity’s inhouse experts, they contain all the equipment needed for HD outside broadcasts, as well as bespoke furniture, air conditioning and electrical distribution, allowing crews to be up and running within minutes of arrival.

As a special dispensation for UTS4, Gravity decommissioned some of its regular equipment and adapted the technical specifications to facilitate the use of Beats headsets in the production instead, as part a sponsorship deal between Beats and UTS. 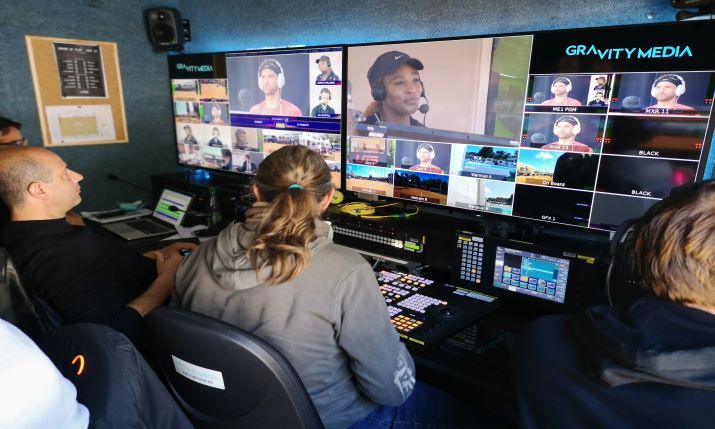 Outside the box audio

Gravity had to think outside of the box for the entire production – particularly the audio solution, which needed to allow commentators to speak to players during the match, capture discussions between player and coach – and even pick up what players mutter under their breath between points.

The net result was a high tech yet cost effective, perfectly integrated production solution that can be set up and dismantled quickly and easily, and carried all over the world. Gravity stated it was proud not only to have supported UTS on this latest outing, but also to have partnered with the league to develop the UTS product itself.