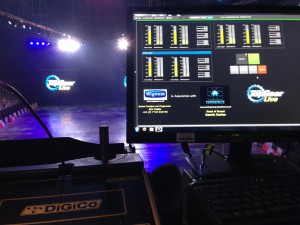 SVG Europe is delighted to announce its latest Gold Sponsor in the form of BroaMan (Broadcast Manufactur Gmbh). Established in early 2012 by the founders of German optical fibre giant Optocore, BroaMan was created to apply their world-leading network technology to the broadcast and video post production industries.

By adapting its existing proprietary technology into a unique tailored routing solution for broadcasters, BroaMan has become a world-leading network technology provider to both the television and video post production industries. By revolutionising the ease with which signals can be transported in an economical package the company quickly won major contracts to supply national broadcasters such as SVT (Sweden), NRK (Norway), BBC (UK) – and carry out a high prestige routing implementation for ITV when the broadcaster relocated its iconic and long-running Coronation Street series to the new MediaCityUK broadcast hub.

The show’s technical manager, Stan Robinson, had discovered BroaMan when he was searching for an advanced system that could transport all audio, video and data signals over the vast lot from any of the studios, using fibre. “I also needed a solution that was not too taxing for the operational crew — little more than plug and play — and I also wanted a box that when connected by fibre, all the level signals would be there,” continued Robinson. And BroaMan gave him that assurance.

In addition to studios, BroaMan has provided high-quality solutions for OB vans and large scale sports events, again based on open standards. This enables the customer to send, receive, multiplex and demultiplex as well as convert professional video signals, including analogue, SD, HD and 3G-SDI, with/without audio, intercom and data.

The self-contained, energy-efficient, fast-fit devices can also be interfaced to audio and data network systems, such as Optocore, SANE, MADI and Ethernet, to provide an excellent transmission solution.

The evolving series of BroaMan devices has taken a quantum leap in the last year with the introduction of the Mux22 and Mux22 MADI, supporting up to eight video channels with a selectable number of dual inputs and dual outputs. This has further caught the imagination of anyone looking to combine video and audio signal routing to multiple locations over optical fibre via a scalable and protocol independent solution — in an economical 1U rackspace.

In its short life BroaMan has built an enviable portfolio of high-profile users. Outside the television studio, BroaMan devices have helped to extend the routing matrix of the French Parliament, while other notable users in the events sector have included F1 Grand Prix and Kuwait’s 50th Constitution Day celebration. Meanwhile, Germany’s Amptown Systems Company devised a portable breakout box, using Mux22, enabling a customer to transport SMPTE fibre between a Sony Camera and Sony CCU, and in the UK long time Optocore users, Wigwam has developed the first ‘live’ Mux22 as part of Optocore/DiGiCo Multiplexed Fibre Ring on two high-profile events.

It was used on Top Gear Live to run the loudspeaker proprietary control system on a point-to-point single-mode fibre, while at the Hillsong Conference Europe, knowing Mux22 would give them point-to-point video capability, Wigwam were able to carry out internet streaming to provide feeds to God TV and live feeds to the video screens.