Never.no explores always being on the case for fan-focused digital shows at BT Sport 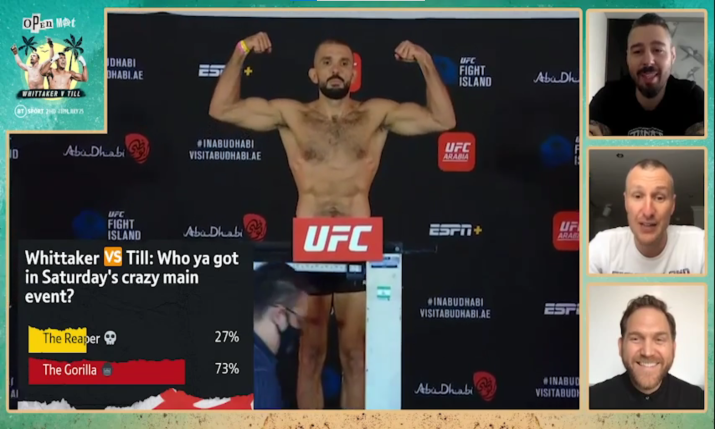 Founded in 1999 by Norwegian, Lar Laurizson, the company was originally a technology solutions business, providing software for flows and managing data. It has slowly evolved into the broadcast sector, where its cloud-based platform, Bee-On, is focusing on audience engaged formats.

Never.no has recently been at the forefront of fan-focused digital shows for BT Sport. The broadcaster used Never.no’s Bee-On to immerse fans for live UFC, WWE, Boxing, and football shows streamed across its social platforms.

A range of shows were commissioned with the aim to place fans at the centre of reaction and preview shows, weigh-ins, cup draws and watchalongs, featuring former players and fighters following the action, streamed live on YouTube, Facebook Live, and Twitter, to up to seven million followers.

Bee-On powers the curation of real time data and socially generated content for display into live or pre-recorded programming. Each of BT Sport’s shows relies on content sourcing and moderation, including live polls, images, comments and videos shared on social, all packaged into the show’s branded graphics. Producers manage the platform via a web browser, and is compatible with their production tools.

On the importance of interacting with the fans, Daniel Rumens, digital content manager for BT Sport, said: “We pride ourselves in producing and delivering enhanced coverage of our sports roster. US-based sports such as the WWE has a huge following, so along with our other global coverage it’s important to reach the growing audience on our social platforms. The supplemental shows give us freedom to be more interactive and place fans within the live content, running polls and featuring comments and reactions in the build up to a big fight.

“We’ve used Bee-On and Never.no’s creative services extensively to enhance our range of supplemental sports shows and engage our audience more than ever. The ability to aggregate poll data and source social content on-the-fly is a fantastic resource for our production team,” continued Rumens.

Alex Humphries-French, head of marketing and communications at Never.no, commented on the company joining SVG Europe’s community: “It’s an exciting time for sports-based content producers. Advancements in technology are breaking down barriers and giving rights holders, federations, clubs, and digital content providers the tools to produce and deliver captivating content across multiple platforms. As fans slowly return to the stadium as safely as possible, producers have created new ways to entertain a fanbase beyond traditional touchpoints, by delivering a wealth of varying formats for fans at the stadium, on the go, or at home.

“We’re delighted to be joining SVG Europe alongside our membership with the US-based counterparts, and be part of the growing Sports Video Group network, offering many fantastic opportunities and connections to collaborate. Our sporting client-base spans across the globe, so we’re really excited to share that experience and showcase a range of innovative fan-centred projects powered by our cloud-based engagement platform, Bee-On.”

He added: “We can’t wait to catch up with everyone during the virtual and in-person events and follow the success of the industry shared across SVG’s editorial platforms.”

Bee-On is used by many broadcasters and content providers from around the globe, including BT Sport, Sky Sports, Optus, MTV, ITV, Channel 4, and SBS Australia, plus sports clubs and federations such as Wimbledon, Manchester City FC, Leeds United FC, and Western Sydney Wanderers FC. Not only connecting audiences with any production, but also extending reach beyond the primary screen to boost audience engagement, advertising and sponsorship opportunities, and ROI for multi-platform campaigns.