The new, fully IP-based Austrian Broadcasting Corporation (ORF) FÜ1 is optimally equipped for ambitious production of sports and cultural events. The new truck replaces ORF’s FÜ22 TV OB – which had been in operation since 2005 – bringing the latest technological capabilities to the broadcaster’s OB facilities. 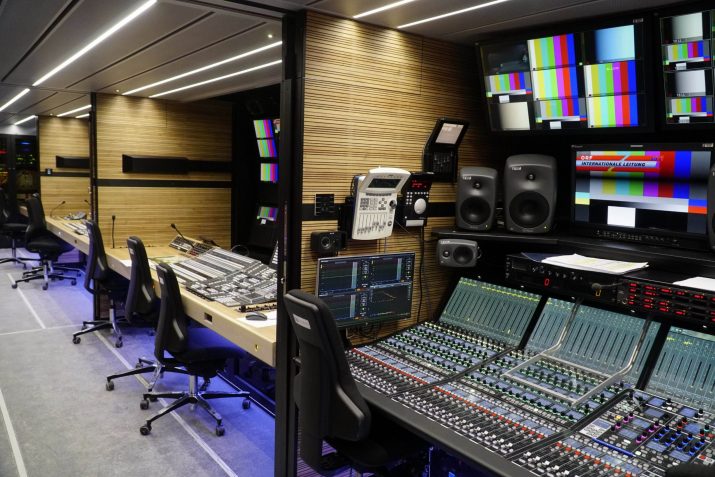 FÜ1 had its baptism with production of World Cup events in the Hochfilzen Biathlon, the Nordic Combined in Ramsau, as well as the Four Hills Tournament, the racing week in Kitzbühel at the end of January, followed by the coverage of the Vienna Opera Ball on 14 February 2020 after its commissioning.

“The FÜ1 is ORF’s first IP project and is designed to be used extensively for television production of sports, entertainment and cultural events,” said Andreas Fraundorfer, group manager, video technology in the broadcast technology planning department at ORF.

“Two image and sound control rooms – designated ‘A’ and ‘B’ – provide the international and national video and sound signals respectively. The initial concept used IP switches and converters with an optional monitoring IP solution but, due to technological change, this concept was efficiently adapted so that now, apart from the existing cameras and the connection to the outside world, everything is IP.” 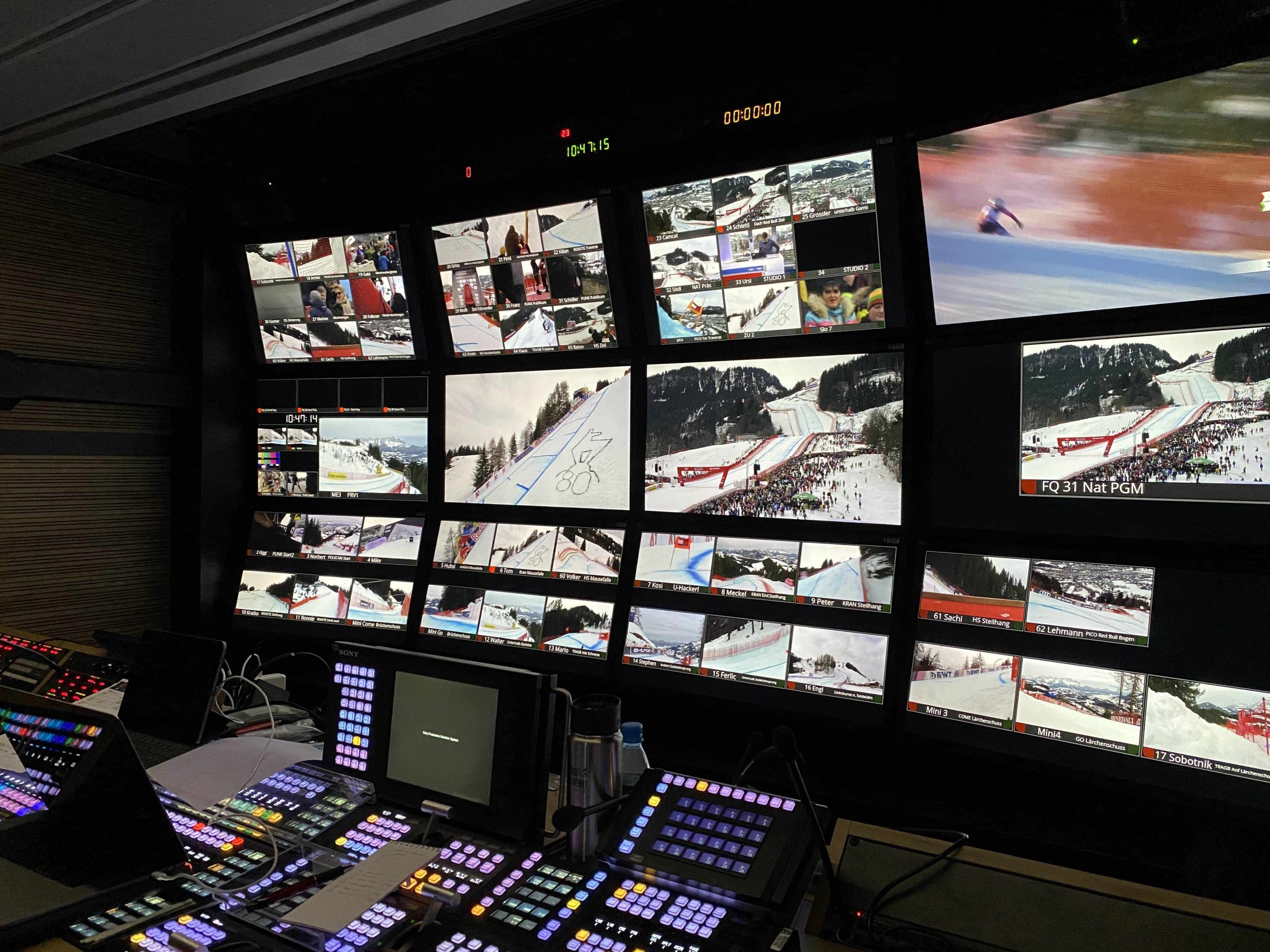 With the monitor wall moving by 0.6m, the opposite rear wall of the audio and video work areas moving by 1.6m, FÜ1 offers around 77m² of floor space for 24 workstations. Networking of the mobile SMPTE2110 production unit (which has SMPTE 2022-7 redundancy) uses two Arista network switches for audio and video data, and another 14 switches for the control network and other tasks.

In the two video control rooms, five Lawo V__matrix units host a total of 37 C100 processing blades – 13 perform multiviewer tasks as vm__dmv units and 24 perform the conversion between SDI and IP as vm__streaming blades. Using Lawo theWALL software, up to 52 individual screens can be configured here for multiviewing.

Lawo mc²96 production consoles are installed in both audio control rooms. The console for international sound in Control Room A is equipped with a dual-fader unit, providing the sound engineer with 56 faders. The console’s HD core, equipped with six DSP cards, calculates 288 DSP channels and offers Waves SoundGrid integration. The core also integrates six RAVENNA cards and redundant router cards; four DALLIS stageboxes provide the interface between the contribution and the audio system. 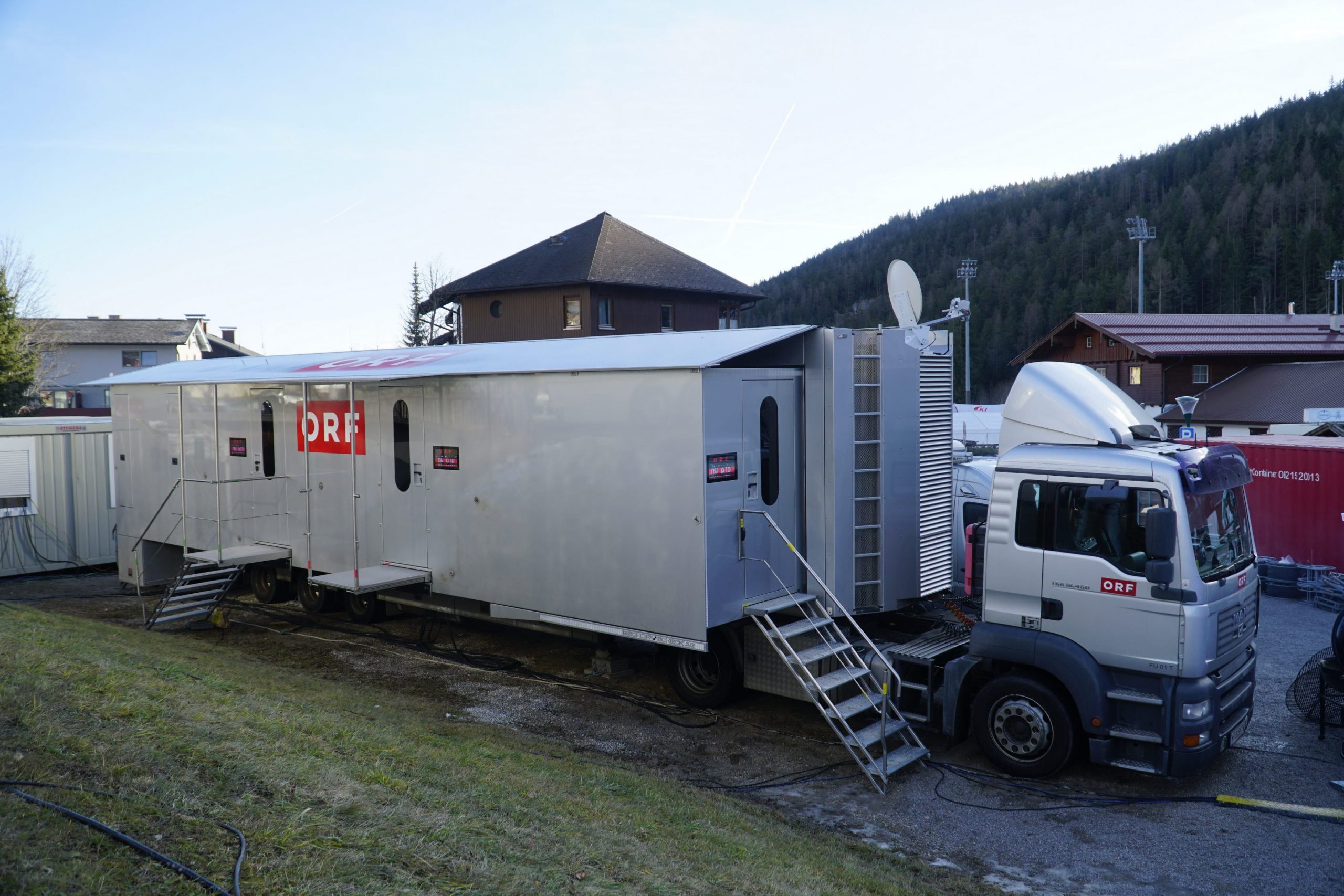 The Control Room B, for national sound, is equipped with another Lawo mc²96 that also integrates a dual-fader option, providing 24 faders. The HD core with five DSP cards allows the use of 240 DSP channels – Waves SoundGrid is also integrated here. Two RAVENNA cards and redundant router cards complete the equipment. A further four DALLIS units serve as stageboxes.

“At the beginning of the project, IP-based, conventional and proprietary solutions were compared. In addition to the technological considerations, the IP solution was chosen to reach a future-proof concept,” said Reinhard Tomek, project manager in ORF’s audio technology department. “A highly flexible system was created, in which the front end was kept as simple as possible for the user and state-of-the-art adaptations were also carried out”.

In addition to the FÜ1 OB truck, a 30-ton material truck was also put into operation, which, in addition to a multifunctional room, offers storage space to house material for 17-camera productions.