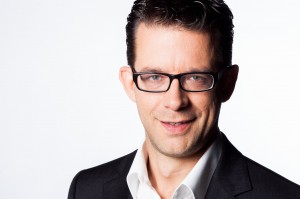 With the launch of the new pay TV channel Sport1 US at the beginning of August, the demands of US sports fans in Germany, Austria and Switzerland are being satisfied with a broad cross-section of programming that includes live matches from the NBA, NFL and IndyCar Series, writes Birgit Heidsiek. Broadcast in SD as well as in HD, Sport1 US is available on various platforms such as Kabel Deutschland, Sky Germany, Unitymedia, Kabel BW, and UPC Austria, as well as upc cablecom in Switzerland.

“There is a tremendous enthusiasm for US sports in the German-speaking world,” emphasises Alexander Wölffing, deputy editor-in-chief, Sport1. “The most popular leagues are the NFL and NBA. [In particular] the increasing number of German athletes like Sebastian Vollmer and ‘Rookie’ Björn Werner in the NFL and NBA will generate a growing interest in the new season over here. With Sport1 US we provide the perfect window for that.”

Sport1 acquired a huge package with numerous licences from ESPN Sports Media, which closed down its European channel at the end of July. Another package deal was wrapped up with the National Basketball Association (NBA) so that Sport1 US can provide fans with three live games per week. Furthermore, the pay channel secured the transmission rights for additional live matches of the National Football League (NFL).

“With the beginning of the season on September 5 we will present up to seven NFL live matches every week,” says Wölffing. “A highlight of the season will be the play-offs with the Super Bowl that we show live.”

The main part of the transmitted leagues and competitions on Sport1 US already comes in with graphics so that the pay TV won’t create a different graphic design. The powerful core team of 20 editors and technicians at Sports1 US is supported by the editorial and production departments at Sport1 and Plazamedia, as well as the various commentators for each single sports event.

“If we have transmissions with a German voiceover, our commentators will report live directly from our headquarter in Ismaning,” says Wölffing. “We will comment all the NBA activities exclusively in German. Apart from that we take the transmissions with the original English comments the way we received them from the US. For some of the NFL matches we offer a twin-channel tone with a German and an English comment.”

When the new playtime of the NBA starts on October 29, Sports1 US will show three live games a week during the regular season and the play-offs. All the NBA finals will be broadcast live. The programme includes at least 70 NCAA College Football matches and 130 College Basketball encounters. Another part of the ESPN package constitutes the broadcast licences for the current IndyCar Series in 2013 as well as for 2014 and 2015. The popular US motor sport series consists of 19 races. A highlight on the IndyCar Series calendar is the Indianapolis 500 that takes place at the Indianapolis Motor Speedway and covers 500 miles.

“The last five of the 19 seasonal races of the IndyCar Series will be broadcast live,” concludes Wölffing. “On top of these live transmissions we show some games time-displaced and are going to repeat them.”

Within the scope of the contract with the NBA, Sport1 US also acquired the pay TV rights for the upcoming seasons 2013/14 and 2014/15 so that fans can watch three play-offs per week as well as all the NBA finals live in the future.

“With Sport1 US we extend our digital portfolio that we distribute under the multimedia umbrella brand Sport1 now with an additional pay TV programme,” says Bernhard Burgener, chairman, Constantin Medien AG. “We want to provide the US sports fans in the German-speaking world with a wide range of high-class sports from the US.”