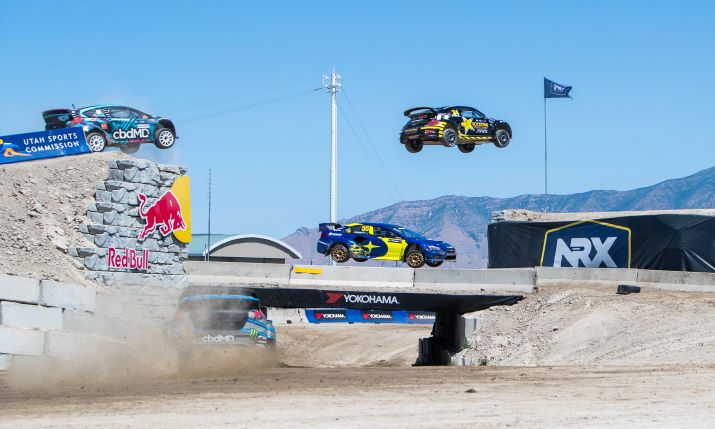 “I am here as a host and an announcer but also as a huge fan. With Nitro Rallycross, Travis Pastrana and the Thrill One team are definitely turning it up,” DeAnda says. He considers Nitro Rallycross, “By the racers [and] for the racers… it’s the ideal scenario.”

Pairing DeAnda with Coley highlights Nitro Rallycross’ fresh broadcast approach. “Innovation fuels every aspect of NRX, and that includes the broadcast presentation,” Joe Carr, Thrill One Sports and Entertainment CEO, explained. “We want the on-air commentary to exude the same energy and excitement as the racing on the track.”

Viewers in over 150 countries around the world will be able to catch all the high intensity racing of Nitro Rallycross, which was created in 2019. Newly added broadcast partners include: Viaplay Sport (Nordic and Baltic territories as well as Poland); Sky (New Zealand); and SportsMax (Caribbean).

US fans can watch Nitro Rallycross on NBCU’s streaming platform Peacock, which will provide eight hours of coverage from every 2021 race. In addition, a one hour highlight show will air after each series stop on NBCSN.

More announcements are coming soon, as the Nitro Rallycross production team brings together a wide range of personalities from motorsport, as well as across the wider worlds of action sports and popular culture, to draw viewers in and expand the audience for NRX’s thrill-packed racing excitement.