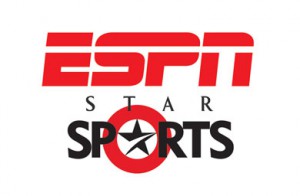 News Corporation and ESPN have entered into a definitive agreement under which a unit of News Corporation will buy ESPN’s 50% equity interest in ESPN STAR Sports (ESS). The transaction will allow News Corporation units to own and operate all the ESS businesses while providing ESPN more independence and flexibility in future support of The Walt Disney Company’s overall efforts in Asia.

The transaction is subject to customary regulatory approvals, and ESS will continue to be jointly managed by the two companies until the transaction closes.

“News Corporation’s acquisition of the interest of ESS that we did not already own continues the programme of simplifying our operating model, consolidating our affiliate ownership structures, and furthers our commitment to delivering incredible sports programming to consumers across the globe, and particularly enhancing our position in sports programming in emerging markets,” said James Murdoch, deputy chief operating officer and chairman and CEO International, News Corporation.

“After 16 years jointly managing ESS, we have decided to independently pursue future opportunities in Asia,” said John Skipper, president of ESPN and co-chairman, Disney Media Networks. “We are extremely proud of our role in building ESS into what it is today, and now with the growing digital landscape in Asia, we look forward to continuing to serve Asian sports fans through ESPN-branded digital businesses like ESPNCricinfo, the leading digital cricket brand in the world, ESPNFC, and ESPN Mobile.”

News Corporation and ESPN also announced that Manu Sawhney, managing director of ESS, who has led ESS through significant growth over the past 16 years, will transition his role of managing director to Peter Hutton, currently SVP of Sports for Fox International Channels (FIC). Hutton will report to the ESS board. Sawhney will be staying with the company until 31 August to work with Hutton on a smooth transition.

Sawhney joined ESS’s marketing department in India in 1996 and went on to head its India business for four years, before shifting to Singapore as head of Programming, Acquisition and Marketing. He was promoted to managing director in 2007. During his career at ESS, he has been responsible for various functions across the company, including sales, distribution, programming, acquisition, marketing and network presentation.

“In his 16 years with the company, Manu has been a key architect of ESS’s growth, and his contributions since its inception have helped ESS become a leading sports-media company in Asia, bringing world class events — from the ICC Cricket World Cup to the London 2012 Olympic Games — to fans across the region. He led ESS’s expansion to 24 countries across multiple platforms and networks, including launching STAR Cricket, ESPN HD, STAR Cricket HD, ESPNEWS, and ESPN Player. We are very grateful to him for his significant contributions to the company during his time in India and Singapore,” said Jan Koeppen, COO, Europe and Asia, News Corporation, and Russell Wolff, executive vice president and managing director, ESPN International, in a statement.

They added, “Peter is a very talented sports-media executive, and we believe his extensive experience in sports rights and production will serve ESS well as the business enters into a new phase of development.”

“I am excited to take on this new role,” Hutton said. “I look forward to working with the ESS team to consolidate ESS’s leadership position in sports broadcasting in Asia and to continue the company’s record of broadcasting excellence in serving sports fans.”

Hutton joined Fox International Channels Sports in 2011 after 20 years in the international sports-television business. He previously worked at Broad Reach Media, a media-consultancy firm. Prior to that, Hutton was at Ten Sports in Dubai from 2002 to 2009, where he eventually served as chief operating officer. From 1993 to 2002, he ran TWI, the television division of IMG, running the Indian business as well as television production for Asia. He was a radio and television journalist, commentator, and presenter from 1982 to 1993. Hutton earned a bachelor’s degree from Cambridge University and will be relocating to Singapore with his family.