Next Generation Audio Summit 2018: Felix Krückels to give keynote on mixing immersive audio for sports 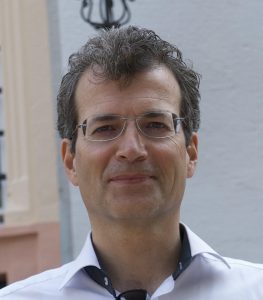 SVG Europe is delighted to announce that leading broadcast audio engineer, consultant and academic Felix Krückels will give the keynote address at the third annual Next Generation Audio Summit, which will take place at Dolby’s Soho Square premises in London on 31 October.

Felix’s name will be familiar throughout the broadcast audio sector, having been a prominent mix engineer and product development executive for the best part of two decades. After graduating from the University of Music in Detmold, Germany, with a Dipl.-Tonmeister, he went to work for audio systems giant vendor Lawo. Over the course of the ensuing 15 years he served in various senior Product Management and Business Development roles for the company, gaining extensive experience in broadcast workflows.

In particular, he played an important role in the development of the landmark m² Series from 2004-2013, as well as the creation of IP-based systems such as the Lawo Commentary Unit and Video-Line.

Throughout his career he has remained a frequent choice to mix stereo and, latterly, immersive audio for numerous high-profile sports and entertainment leagues and tournaments, including the Bundesliga and the Euro football championships. He remains highly active on this side of his work, undertaking Dolby Atmos mixes at several of 2018’s most important sports events.

The last year has also seen him come ‘full circle’ in an academic sense as he is now playing an important role in nurturing the next generation of broadcast audio engineers and developers in his new position as Professor for Broadcast Production and System Design at the Mediacampus of the University of Applied Sciences Darmstadt/Dieburg, Germany.

For his keynote at the Next Generation Audio Summit Krückels will reflect on the challenges of mixing audio in multiple formats and – pivotally – for an ever-increasing number of outlets and platforms; his experiences of mixing audio at some of the world’s most important sports events; his current work in educating the sports audio engineers of the future; and the overall outlook for NGA technologies.

“Felix’s experience and expertise in the field of broadcast audio for sports are unparalleled, so I am delighted that he is able to join us for what promises to be a fascinating opening address at the third annual Next Generation Audio summit with Dolby. Delegates should expect a wealth of insight into the changing nature of sports broadcast audio during this period of remarkable change,” says SVG Europe Contributing Editor David Davies.

The NGA Summit will take place at Dolby’s premises at 4-6 Soho Square, London, on 31 October. Space is very limited at the summit and as such registration is primarily invite-only, but enquiries about possible attendance should be directed to [email protected] The full programme can be found on the NGA microsite.