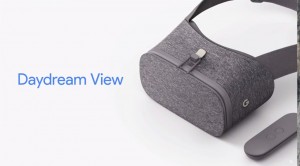 The NFL has officially boarded the virtual reality bandwagon, inking a VR partnership with Google to present an NFL Films-produced nine-part series that gives viewers a 360-degree perspective of life on NFL game day – from players, coaches, executives, cheerleaders, and fans. The first episode of the virtual reality series will be available to watch via the NFL channel on YouTube on Thanksgiving Day.

Later this year, episodes will also be available via the NFL VR app designed for Daydream, Google’s mobile VR offering, along with other immersive content experiences. The NFL Films series is currently in production and being shot using Jump, Google’s 360-degree camera and capture system.

This will be the NFL’s first foray into producing content in virtual reality, after having experimented with the technology last season.  The series will also be the first episodic sports programme in virtual reality.

“We are always looking for new ways to engage with our fans. Virtual reality is an emerging platform that enables content experiences with a truly unique vantage point that brings fans closer to the game,” says Vishal Shah, SVP, Digital Media at the NFL. “It’s an exciting new medium to explore as we look to evolve and grow our offerings, and this partnership with Google is an important step in that direction.”

The announcement comes amongst a flurry of recent VR activity in the sports market. Last month, NBA announced it will team with NextVR to produce one game per week in VR throughout the 2016-2017 season. Last week, Intel announced it had acquired virtual-reality startup VOKE VR with an eye on developing more sports content.

In the first episode of the series, viewers will spend a week with the Philadelphia Eagles defensive line as they prepare for the upcoming matchup and gain exclusive access to the Eagles bench and sideline on game day. Other episodes will give viewers the opportunity to tag along with the Miami Dolphins cheerleaders, experience the distinctive football culture in Green Bay, and take a unique look inside the San Diego Chargers organisation, to name a few.

“This series will give fans an opportunity to connect with the NFL like never before, whether they are on YouTube or using Google’s virtual reality headset, Daydream View,” says Amit Singh, VP, Google VR.  “We’re thrilled to work with the NFL to capture the series with Jump and bring it to YouTube and Daydream.”

“NFL Films has always been known for telling great football stories and capturing the emotional essence of our sport,” says Ross Ketover, Senior Executive at NFL Films.  “Now using Google VR technology, there’s potential to do that in a whole new way and we’re excited to bring that perspective to our fans.”

The NFL and YouTube have been partners since 2015 with the launch of the league’s official YouTube channel, which has has garnered more than a billion views since its launch last year. Today, the NFL’s official channel on YouTube carries game previews, in-game highlights, post-game recaps as well as clips featuring news, analysis, fantasy football advice, and other select content from NFL Media properties. Additionally, three of the most memorable games for each of the 32 clubs in the NFL are posted in their entirety on the NFL’s YouTube channel.