The National Football League (NFL) has expanded its partnership with the sports data company Sportradar. The broadened deal gives Sportradar exclusivity to license the distribution of NFL official league data and content, most notably allowing the sending of real-time official play-by-play data and NGS data to sports betting operators in the US and internationally where sports betting is legal and regulated.

“We are thrilled to become NFL’s exclusive data distribution partner, undoubtedly one of the most 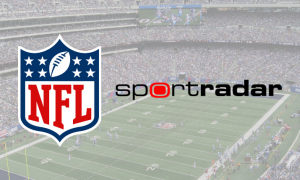 “We are confident we will maximise our strong partnership with the NFL and deliver ground-breaking products across the gaming, fantasy and the media worlds.

“As the global leader in sports data, we are ideally positioned to support the NFL in providing innovative products to enhance the way fans experience the game and help maintain the continued integrity of the NFL competition.”

Through this deal and its relationship with Sportradar, the NFL hopes to begin to tap into a future for the sport that will include sports betting. The hope is that this official licensed data will improve the speed and accuracy of NFL data and, as a result, enhance protections and improve product experiences for consumers.

Sportradar and the NFL have been partners since 2015 with Sportradar as exclusive distributor of official play-by-play statistics and the league’s proprietary Next Gen Stats (NGS) player tracking data to media outlets.

“Sportradar has been an excellent partner the last four years and has provided the league, our teams, and media marketplace with innovative data products,” said Hans Schroeder, executive vice president and chief operating officer, NFL Media. “We look forward to working with Sportradar to deliver fast, accurate official league data that will innovate and improve experiences for our fans across platforms.”

Sportradar’s initial deal with the NFL led to the development of the company’s research platform, Radar360, which is used by the NFL, its member clubs, and media outlets. Previous deliverables in the pair’s previous agreement will continue.