In less than six months, NBC Sports will broadcast the two biggest events on the sports production calendar: Super Bowl LII at US Bank Stadium on Sunday February 4, followed closely by the XXIII Olympic Winter Games in PyeongChang, South Korea. But, before the calendar turns to 2018, NBC Sports has plenty on its production plate, beginning with last Thursday night’s game between the New England Patriots and the Kansas City Chiefs, the 200th game in NBC’s Sunday Night Football package.

“Thursday night will mark the 200th game of the Sunday Night Football package, one of the most 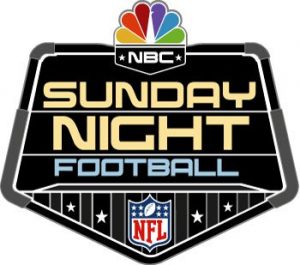 successful packages in television-sports history,” said Executive Producer Fred Gaudelli, prior to the season-opening game. “We finished our sixth year as the No. 1 television show in primetime. We kick off with the Super Bowl champions on Thursday night, as we’ve done traditionally now through 12 seasons of this package, and it ends in the best way possible with Super Bowl LII in Minneapolis. We’re excited for another season.”

Said Ken Goss, SVP, remote operations and production planning, NBC Sports Group, “Since 2006, this property continues to grow, and our technical expertise continues to grow as well. The way we have expanded over the years with our relationship with NEP — especially with the design of ND1, which helps us continue to innovate with new technologies.”

Before the season even began, however, NBC Sports experimented with a dual-SkyCam system at US Bank Stadium. The system comprises two SkyCams, one flying at normal height and one that can fly 50-80 ft. above the field. According to Tim Dekime, VP, NFL operations, NBC Sports, the network hopes to use it for Thanksgiving Day, playoffs, and, of course, Super Bowl LII.

This season will give the Peacock plenty of opportunity to test-drive technological enhancements in preparation for Super Bowl LII. Thus far, the production team has done at least four surveys of the Minneapolis stadium with the NFL to determine camera positions.

Sunday Night Football Senior Technical Manager John Roché expects a ramp-up of robotic cameras and the possible addition of Bexel’s Clarity miniature high-frame-rate cameras to the complement. “We’re going to have an extensive set of equipment outside of the stadium for all that we’ve planned for the hours and hours of programming prior to the Super Bowl,” he says. “We’re going to be scattered all over Minneapolis.”

In addition, NBC plans to explore the capabilities of the 4800 and 4300 camera platforms and test augmented reality in New England (September 7) and Denver (October 15) in order to use it, alongside next-generation data from SMT, during the second half of the season. In total, NBC Sports will broadcast 28 regular- and post-season games, the most ever by an NFL broadcast primetime partner.