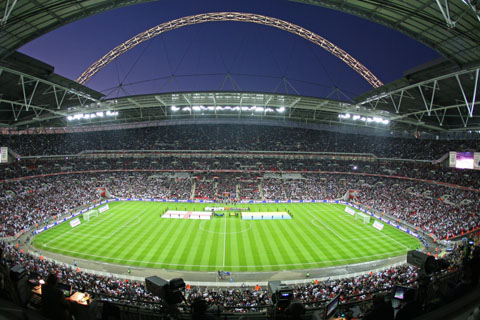 BT Sport is making Non-League Finals Day available for anyone to watch via a range of platforms, allowing fans to enjoy both the FA Vase and FA Trophy finals without a subscription on Monday 3 May.

BT Sport’s coverage will be available to watch without a subscription via btsport.com, the BT Sport app, BT TV, the Sky Digital Satellite platform and Virgin Media channel 100. Subscribers will continue to enjoy access as normal.

Coverage runs from 12:45 until 21:15 and will also feature an hour-long episode of The Grassroots Football Show and Proud To Be Town, a documentary from the award-winning BT Sport Films series which charts the journey of Harrogate Town from non-league to the Football League amid the pandemic.

Coverage gets underway with a live broadcast from 12.45 on BT Sport 1 of Consett v Hebburn Town in the FA Vase Final at Wembley Stadium.

This will be followed at 15.30 on BT Sport 1 by The Grassroots Football Show, building on BT’s long-standing partnerships with the four UK home nations football associations to celebrate grassroots football. Presented by Robbie Savage and Jules Breach, the show visits local clubs and volunteers throughout the UK to discuss the importance of these teams within the community and how they have stayed connected without football. Launched in February 2020, BT’s work with the home nations’ football associations uses technology, innovation and digital skills to support players, coaches and fans.

From 16.30, fans will be able to tune in to the second live final of the day from Wembley, as Harrogate Town face Concord Rangers in the FA Trophy Final. The final marks Town’s second trip to the home of English football in a year after securing promotion back to the Football League with a National League play-off final victory over Notts County in August.

The day’s programming will conclude with Proud To Be Town, a full-length documentary which highlights the profound impact of the COVID-19 pandemic on football. Filmed and produced during lockdown, the film follows Harrogate Town FC’s return to play during the Vanarama National League playoffs and the club’s subsequent promotion to the Football League.

Simon Green, head of BT Sport, said: “Following a period when many lower league football fans have been unable to watch their sides, we hope our coverage will provide them with an opportunity to watch an exciting Non-League Finals Day live from Wembley Stadium. Our commitment to football at all levels of the game is resolute and continues through our recently announced extension of Vanarama National League rights until 2024 and BT’s partnerships with each of the UK home nations’ football associations.”