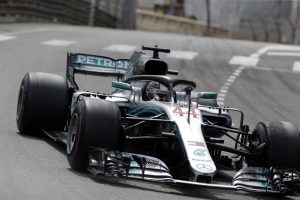 Nordic Entertainment Group (NENT Group) announced that it has reached agreement with Formula 1 regarding the extension of its exclusive media rights to Formula 1 in Denmark, Norway and Sweden until 2021, and will offer fans every practice session, qualifier and race from the world’s most popular motorsport competition over the next three seasons live on a combination of NENT Group’s Viaplay streaming service and its free TV and pay TV channels.

The latest Formula 1 season kicked into gear on 25 March with the Formula 1 Australian Grand Prix and spans a total of 21 Grand Prix races from around the world. Sweden’s Marcus Ericsson and Denmark’s Kevin Magnussen both share the track with the reigning drivers’ champion Lewis Hamilton, who has his sights set on becoming only the third driver in history to claim a fifth world title.

For the next three seasons, every Formula 1 race, including all practice and qualifying sessions, will be shown live on a combination of NENT Group’s Viaplay streaming service and its free TV and pay TV channels, with full commentary and expert analysis in local languages.

Anders Jensen, NENT Group president and CEO, said: “Formula 1 is one of the world’s most exhilarating sports experiences and NENT Group is the Nordic region’s leading entertainment provider – so extending our long-term partnership is a natural step. We’re delighted to continue offering fans a front row seat at the fastest show on Earth on the best platforms in the business.”

Kim Mikkelsen, NENT Group SVP and head of sport, added: “As the Nordic home of motorsport, we’ve been bringing the global Formula 1 spectacle to viewers in Denmark, Norway and Sweden since 2005. We’ve fine-tuned an exceptional product – with the very best local commentary and analysis from grid to podium – and fans can look forward to following Kevin Magnussen, Marcus Ericsson and many more stars in the years ahead.”

Ian Holmes, Formula 1 director of media rights, said: “We have worked with MTG for more than a decade and they have continued to provide fantastic coverage of Formula 1. As the leading and most innovative entertainment company in the Nordic region, MTG’s NENT Group is the right home for F1 racing. We look forward to continuing our relationship and working collaboratively with them on the F1 TV Pro OTT service and, in so doing, taking our partnership to new levels in the coming years.”

In addition, NENT Group and Formula 1 will together offer an additional streaming service from the start of the 2019 season at the latest. The service will provide extended coverage and in-depth race information to the most dedicated Formula 1 fans.

NENT Group brings millions of fans closer to the sports they love – every shot, every goal, every touchdown, every putt, every punch, every lap, every time. NENT Group shows more than 50,000 hours of the world’s best live sporting action every year on its TV channels and streaming services, including NHL and KHL ice hockey, UEFA Champions League, English Premier League, NFL American football, boxing, UFC and golf.