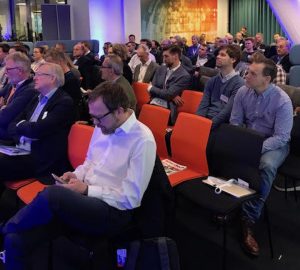 The opportunities presented by remote production for delivering more streamlined, cost-efficient coverage of events have rendered it a hot topic in the sports broadcast community for several years now. Hence it was a logical subject for a key panel discussion at the inaugural SVG Europe/NCE Media Nordic Summit, which took place in Bergen on 16 January.

After some scene-setting remarks about the extent to which remote production is now impacting upon sports broadcast workflows, the panel considered one of the most critical questions – what are the primary drivers behind this movement?

Clement confirmed that “there is obviously a large element of cost-saving associated with remote production; fundamentally I work for a business and that business has customers to provide a service to, and we have shareholders too. We have to demonstrate that we are spending money in the best possible way, and if there is a better way of making TV – whether it be linear, non-linear or any other content – with an improved or ‘stay the same’ experience [but more cost-efficiently] then why should we not do it?” 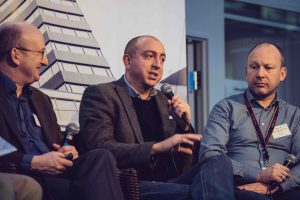 Some in the industry, Clement observed, “have avoided the question [of remote production thus far], feeling it is easier to build another truck and roll it out for three years.” Sky, by contrast, prefers to examine each new potentially beneficial development and consider “whether it is possible to put the investment somewhere else”.

It also helps that the Sky team possesses plenty of people who are “heavy innovators and want to improve things, so there is also an element of [wishing to achieve new levels of production].” He points to the use of remote production on the recent British & Irish Lions tour, noting that “there were elements to that that we would not have been able to achieve without remote production”.

The nature and extent of remote production will vary from broadcaster to broadcaster, and from event to event, but whatever the situation it is evident that “IP is really the enabler to get your utilisation up. Often broadcasters will have totally different usages of equipment at sites, and different peak hours, so a lot of customers and broadcasters have a lot to gain from [increased] utilisation rates.”

Rothenberg raised the scenario in the US of being able to use the same broadcast infrastructure and crew for two major live events on the same evening “if you could, say, shift the times by 30 mins each way. You could use the same control room and personnel for two major events.”

Clement did not think this would be particularly applicable to the Europe, noting that “one of the dynamics of the European model is that we all go pretty much the same time on our peak sports.” The risk of “moving games to achieve remote production [could] far outweigh the savings we would make,” he suggested.

From Rayner and Nevion’s perspective, there are currently three main areas “we are seeing demand for” when it comes to remote production, namely “sharing of facilities, sharing of people, and sharing of equipment and capability. There are cost savings and enables for all of those. A scheduling [shift] has an impact on the sharing of resources and facilities [for example]. We are definitely start to see more of it happening, and we are involved in several such projects across the US and Europe.”

Above all, the motivating question among broadcasters and their service providers is “how can we share things more effectively?” said Rayner.

Asked to consider whether there is general sense of ease at the greater sharing of resources and personnel required by remote production, Clement said he felt that “most individuals are at peace with where this is going. We had the conversations early on, and ultimately [the teams involved] want to make good content. If as a result of remote production we can dial into each other’s content easily and make more content available” then the resultant programming is bound to be enhanced.

Ultimately, one should keep an open mind to new techniques and technologies, of which remote production is only one (admittedly significant) consideration. “This is one major part of the massive change taking place in our industry. And when you turn something on its head the number of other things that can change as well is surprising,” said Clement.

Of course, one of the great enablers of remote production is more fully optimised use of the available bandwidth, and in this regard Rayner confirmed that production teams are always poised and ready to make the most of it. “As technology providers we have observed that once capability to make good use of the bandwidth has become cheaper then the producers and creatives will always find a way of using that to enhance [their productions],” he said. “Every time there is a step forward in terms of the compressed or uncompressed feeds that can be brought back there is always a demand for more.”

Skogheim remarked that in terms of cloud capability and being able to deliver live streams with remote production, there is still a “bandwidth issue” to be overcome for some users to be able to realise an “IP infrastructure that covers your whole production infrastructure”.

The final thoughts of the session came from Rayner, who remarked that “one of the benefits of time-stamping all elements in future productions will be that you will have the opportunity to do different things in different countries, [and know that you have the necessary] technology to tie it all together. For example, with next generation IP technology we can have someone subtitling or doing commentary somewhere else [away from the event location], and it can all be remotely timed wherever they are globally. The opportunity to make latency not matter is going to be a key enabler here.”