On January 15 and 16 2018 SVG Europe joined forces with NCE Media and Media City Bergen for the first-ever Nordic Summit, which attracted over 100 delegates. The venue for this event was the recently opened Media City Bergen complex in Norway, which has already made its mark as a leading international media cluster with Vizrt, Vizrt, Vimond, Mediability, Sixty, Highsoft, TV 2, NRK, Bergens Tidende, BA and the University of Bergen. 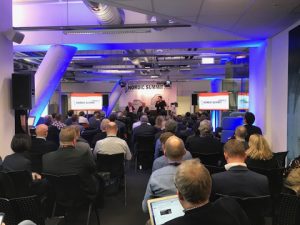 The SVG Europe Nordic Summit included an extensive tour of the Media City Bergen site as well as a half-day seminar programme including sessions on the development of the site, the present and future of broadcast sports graphics, the possibilities heralded by remote production, and a keynote conversation with Eirik Solheim, Strategic Advisor of Norwegian broadcaster NRK. 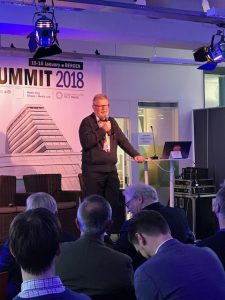 You can view the programme line up for the first SVG Europe Nordic Summit here. Full reports on the proceedings will follow in next week’s SVG Europe newsletters, on Tuesday 23 and Friday 26 January.