Nordic Summit 2019: Remote production to the fore as the European sports TV industry descends on Bergen 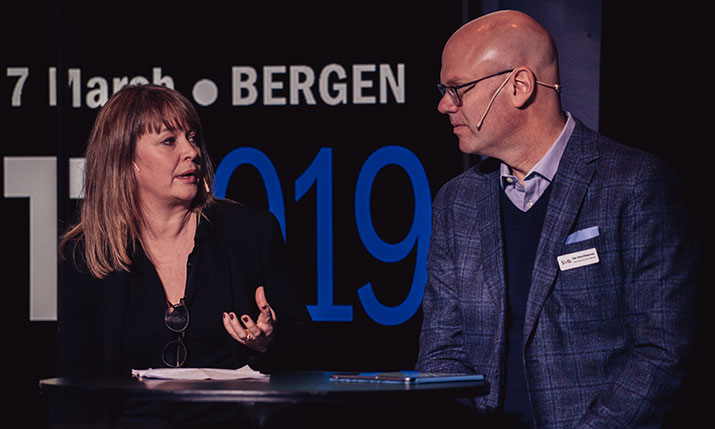 The benefits and challenges of doing remote production was a key theme at SVG Europe’s Nordic Summit 2019 in Norway last week (7 March, Bergen).

The annual event, sponsored by Limelight Networks and organised in association with NCE Media and Media City Bergen, featured a number of sessions that touched on the subject, including one with Eva Poysti, head of operations at SVT (pictured, above), discussing how it was used comprehensively during coverage of the FIS Alpine World Ski Championships and the Biathlon World Championships.

Poysti revealed details about the Sweden-wide operation that allowed pictures from Åre and Ostersund to be switched by a team 620km away in Stockholm.

“We’re doing it to make it cheaper and faster and to do more for less. But we can see it as being good for the environment too since we are not travelling as much.”

“There are so many things that can go wrong in a TV production. If you are doing a remote production, you have to change your way of working and your way of communicating. You need a good logistics department too. These are the things that we have been learning.

Discussing why they did it, she added: “We’re doing it to make it cheaper and faster and to do more for less. But we can see it as being good for the environment too since we are not travelling as much. It also provides flexibility and allows you to standardise the way you work. It also improves work-life balance for staff and crew.” 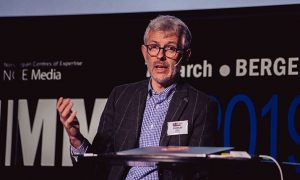 “The big equation for us is: How far do we push innovation vs what is the benefit to the viewer? That is a constant dilemma for us.”

The event also covered a number of other topics, including how augmented reality (AR) graphics can enhance handball, ice hockey and cycling coverage.

In that session, Adi Strichman, graphics producer for TV 2 Denmark, highlighted the importance of teamwork when doing AR. He also offered up the opinion that creating and producing AR graphics can be a chaotic process if not carefully planned.

In a session on OTT and live streaming, Oliver Thompson, BBC executive product manager, and Tor-Einar Eriksen, a product and technology strategist from TV 2 Norway, agreed that offering high-quality images and sound alongside personalisation services are the key to keeping viewers happy – and fighting off competition from pirated services.

“Audio from the game is the best way to upgrade our football production: making more use of the sound from the players, from the referees and from the stadium.”

NRK Beta strategic advisor Eirik Solheim used his presentation at the Nordic Summit to highlight three new innovations being developed by the Norwegian broadcaster: a portable live production studio; a YouTube video game where commenters lead the players; and an AI-based application that allows on-screen talent to appear as if they are accurately speaking different languages.

Fox Sports Netherlands head of production Henk Van Meerkerk provided insight into how the broadcaster covers football, discussing innovation in production as well as the use of VAR.

“Audio from the game is the best way to upgrade our football production,” he said, suggesting that broadcasters could make more use of the sound from the players, from the referees and from the stadium.

He advocated putting a microphone on referees, as is commonplace in rugby coverage. This would improve communication with both the crowd in the stadium and the viewers at home, he said.

Video reports and further analysis from the Nordic Summit will be published in the coming days.