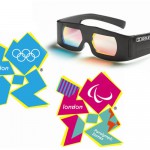 The Viasat 3D channel will broadcast live coverage from the London 2012 Olympic Games eight hours a day, as well as four hours of daily highlights. The events to be produced in 3D and broadcast on the channel include the men’s 100 meters, swimming and gymnastics, as well as the full opening and closing ceremonies on 27 July and 12 August, respectively. The 3D content from the London 2012 Olympic Games will be produced by Olympic Broadcasting Services.

3D technology is becoming a standard feature for the majority of new TV sets bought in Norway. According to Norway’s Consumer Electronics Trade Foundation, 175,000 3D television sets were sold in 2010 and 2011 combined, while 250,000 3D sets are expected to be sold in 2012 alone.

“London 2012 is a massive event for all sports enthusiasts, and we are thrilled to be able to show some of the most exciting events live in 3D for Viasat customers,” says Erik Z Børresen, CEO of Viasat Norway. “We already offer a wide range of movies and live sport in 3D, and London 2012 is the perfect showcase for the amazing live 3D TV experience.”

Viasat’s live 3D satellite broadcasts are made in co-operation with SES-Astra.