OB firms CTV and Telegenic to rebrand under EMG banner 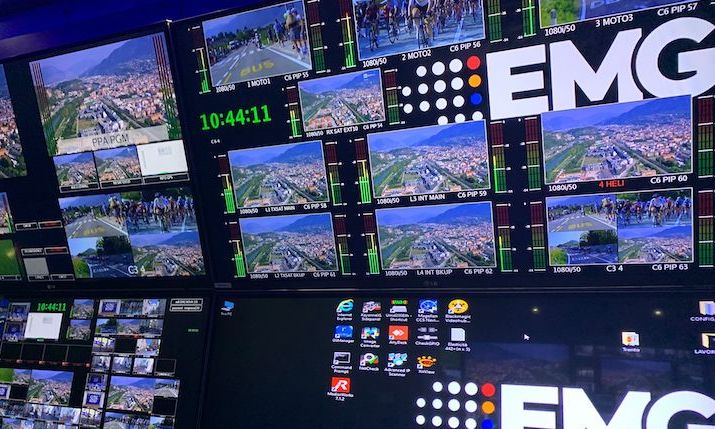 Euro Media Group (EMG) is rebranding its subsidiaries CTV and Telegenic under the EMG brand, as the company seeks to tap into the group’s wider resources and further develop its remote offering.

The rebrand is part of EMG’s strategy to remove any barriers between the two UK-based production services firms and develop a single European fleet of trucks.

EMG chief executive Shaun Gregory said: “They are both hugely respected businesses that have delivered some of the most compelling content to audiences around the world.

“EMG UK will be able to access a whole new range of products and services, further develop their ‘remote strategy’ and benefit greatly from the financial stability that being part of a group offers.”

CTV became part of the EMG group in 2007, while Telegenic was acquired by EMG in 2019. Both firms have been operating since the early 1980s and have a combined workforce of around 200 staff.

Commenting on the rebrand, EMG UK chairman Barry Johnstone said: “It’s right that it should happen, but for me it’s both sad and exciting; sad because last month was 40 years since CTV’s first live OB. But it is exciting and it will take us forward and allow us to go from strength to strength. We have strong brands, and the aim is to make them even stronger. The time is right to move forward.”

In 2020 CTV launched a new truck, OB12A [on the far left], seen next to the mobile data centre, TSV12, for European Tour Productions

CTV and Telegenic employees in the UK and US will now work for EMG and continue to be based in High Wycombe and Atlanta, Georgia, respectively. For the time being some CTV golf trucks will retain their green livery, predominantly used when broadcasting live from major golf events.

Telegenic’s US branch in Atlanta is now also operating under the EMG banner. It means the company is now active with the EMG brand in the Netherlands, Belgium, France, Germany, Italy, the UK and the US. EMG’s specialist camera company, Aerial Camera Systems (ACS), and RF equipment hire specialists, Broadcast RF, will maintain their current corporate identity.

EMG said the move would enable it to more effectively capitalise on its remote operations centres (ROCs) in High Wycombe, Buckinghamshire, BT Tower in London, and BT Sport, also in London, to contribute to the development of remote production in the market and move further towards an IP-led future.

EMG UK chief executive Peter Bates said: “We want to position ourselves as not just a truck business, because there is a huge part of the market that we might not be approached for because we are known as an OB business and that is just one part of the production chain.

“We want to be able to deliver a solution that is end to end, which [EMG operations in] Holland and Belgium do very successfully and so we want to leverage off that, and with the right kind of connectivity in place we can use the facilities that are geographically elsewhere but house our clients somewhere local to them.

“We want to create a Europe-wide fleet. Will we be investing in big trucks in the future? Probably not, I think probably across the fleet we have enough big trucks, with the way the market is moving. Our plan now is to embrace new technology and embrace remote working and cloud technology.”

As part of the transformation Eamonn Curtin has been appointed international sales director in the EMG Group. Angela Gibbons succeeds Curtin within EMG UK as sales director of EMG UK. Both will continue to be based at EMG’s UK HQ in High Wycombe.