The Olympic Channel has signed a media rights agreement with GAISF to show daily live streaming coverage of the inaugural World Urban Games Budapest 2019 from 13-15 September. 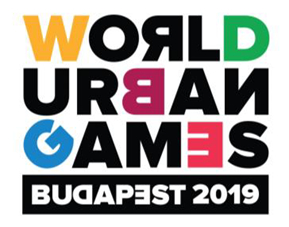 Mark Parkman, general manager of the IOC’s global Olympic Channel said: “we are thrilled to work with GAISF to provide coverage of the inaugural World Urban Games to viewers around the world. As we continue to tell the stories on the road to Tokyo 2020, live streaming action on our global platform will enrich the viewer’s experience and provide additional exposure to these popular sports and to the athletes.”

The venue for the Games is the site of the historical Nagyvásártelep in the south of Budapest. Having been regenerated specifically for the Games, the graffiti-covered market hall has an authentic urban feel and will provide the ultimate urban sports arena experience for the three-day event.

As well as the competition and showcase sports, a number of demonstration and initiation events will provide opportunities for spectators of all ages and abilities to try urban sports. The Festival programme of the World Urban Games will also incorporate live concerts, street art and dance, with the aim of inspiring a new generation of urban athletes around the world.

“Our agreement with the Olympic Channel is an indication of the global excitement for this new event and I am delighted that the World Urban Games will be available to watch all over the world.

“Our role at GAISF is to create a platform for sports and I believe that the World Urban Games will be an incredible showcase. The sports selected provide a broad range of urban disciplines with the presence of the best athletes in the world that will excite and entertain spectators and TV viewers, as well as inspire new fans to participate.”