The Olympic Channel has announced coverage plans for the third edition of the Winter Youth Olympic Games (YOG) which is to be held from 9 to 22 January 2020 in Lausanne. The event will be broadcast across a dedicated YOG Channel and daily live show, including live and on-demand event streaming. 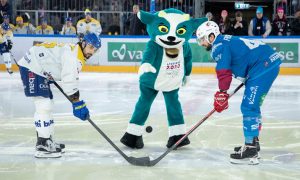 The multi-platform coverage and will be available in all territories worldwide and begins on Thursday 9 January with the Opening Ceremony live from the Olympic Capital of Lausanne.

Additional programming includes digital-first content that is inspiring, entertaining, relevant and accessible to the participating athletes and that appeals to a global audience.

The Winter YOG is a multi-sport competition for young elite athletes from around the world between 15 and 18 years old and will feature an equal number of male and female athletes. 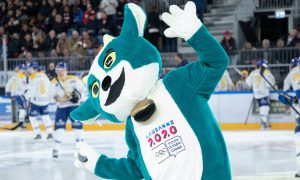 Winter YOG Lausanne 2020 mascot, Yodli, is a bit excited about next year’s games

Held over 13 days of competition, 1,880 athletes will compete at Lausanne 2020 in eight sports across 16 disciplines in 81 medal events.

“The Winter Youth Olympic Games provide a fun format for young athletes to experience the Olympic spirit as they work toward achieving their goals and dreams,” said Mary Byrne, editor in chief of the IOC’s global Olympic Channel. “The Olympic Channel’s coverage of Lausanne 2020 ensures a worldwide audience for the YOG and will kick off an important year for our team as our daily coverage of Olympic sports and athletes continues to build toward next summer’s Olympic Games Tokyo 2020.”