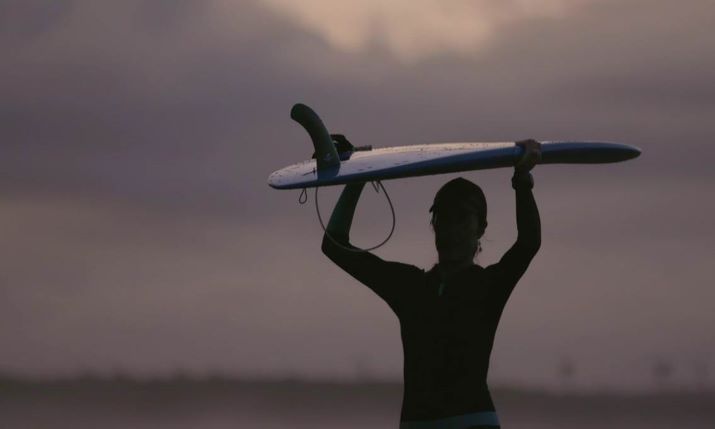 Surfing and sports climbing were scheduled to make their debut on the Olympic Programme at the Olympic Games Tokyo 2020, which is now taking place in 2021.

All episodes will be available to stream on the IOC’s global Olympic Channel platform which is available subscription-free at olympicchannel.com and its apps for mobile, Amazon Fire TV, Android TV, Apple TV and the Roku platform.

Road to Tokyo: The Qualifier Stories aims to tell the qualification stories of various athletes in a variety of sports as they compete in Olympic qualifiers around the globe. The key qualifier event for each sport is shown through the eyes of the men and women who are attempting to secure an Olympic spot at Tokyo 2020. Each sport in the series will be featured in its own multi-part documentary-style digital series.

The series titled Road to Tokyo: Surfing – The Qualifier Stories, launching on 17 September, tells the story of the 2019 ISA World Surfing Games through the eyes of various male and female athletes who competed to earn a qualification spot for Tokyo 2020. The event was also the first time that the world’s top professional and amateur surfers were brought together to compete against each other in the same event.

South African surfer Bianca Buitendag, 26, from Victoria Bay said of the qualifier event: “This competition is probably the most important one of my career. I’ve been competing since the age of ten, so I’ve been competing the majority of my life. And here we are at the qualifications for the Olympic Games. It’s a big opportunity for all of us.”

Premiering on 1 October, Road to Tokyo: Sport Climbing – The Qualifier Stories, takes place at the 2019 at the IFSC Combined Qualifier event in Toulouse, France. The four-episode series features many of world’s top male and female sport climbing athletes as they compete for an Olympic qualification spot for Tokyo 2020.

Team USA sport climber Nathaniel Coleman, 23, from Salt Lake City, Utah, said of the competition: “It’s giving me this opportunity to push myself to the limit to try to qualify for the Olympics, which is the highest goal that [sport] climbing has ever seen.”

Road to Tokyo: The Qualifier Stories is an Olympic Channel original production.

The International Olympic Committee’s (IOC) Olympic Channel provides fans with a dedicated media platform to follow the stories behind the sports and athletes before, during and after the Olympic Games Tokyo 2020 taking place in 2021. Through inspirational stories, athlete interviews, breaking news, live events, original programming and exclusive behind-the-scenes content, the Olympic Channel provides comprehensive coverage of the road to Tokyo.