Olympics audio: A Herculean task for the classic games 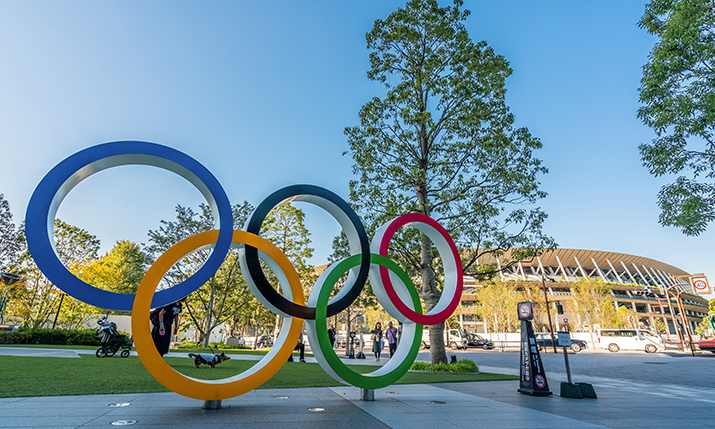 On the podcast Transformed by Tech: How The Olympics Stay Cutting Edge, produced by The Podium for NBC Olympics, Karl Malone, director of sound design at NBC Universal, discussed how the Games’ sound is collected, produced and processed, transported and ultimately consumed by the broadcast audience for the XXXII Summer Olympics (23 July-8 August 2021 in Tokyo, Japan). Here are some selected moments from that podcast.

Immersive sound will be a sonic hallmark of this Olympiad and Malone says that this new approach to audio is developing its own sense of sound design, to both introduce some viewers to an unfamiliar sport and also to convey nuance to those who are already fans.

“There’s a lot of different types of audio that we are involved in at the moment,” he said. “You do surround sound and you do immersive audio and you put a lot of things either behind you or even sometimes above you. But the idea with sound design is that you try and bring that into the home and make it appreciated by people who may not know the sport. But, then again, if you’re a skier and you see downhill skiing, you really want to convey to the skier… sitting on their couch exactly what the conditions are like.”

Asked about how placing microphones ever closer to athletes transforms the broadcast-sports experience, and then how to get that audio to the viewer coherently, Malone replied: “We’re always trying to tell the story, but we’re also always trying to give the listener the best seat in the house. For the Olympics, we have a lot of smaller mics and radio mics and even shotgun mics to enable us to capture audio from a long way away. We have a lot of smaller RF microphones and many are hidden: we’ve got microphones in the ground, underwater mics, mics underneath the ice, on people’s clothes. We’ve made things so [transparent] to the athlete that they don’t really realise [the microphones] are there. We do work with microphone manufacturers and they have developed specific microphones for sports like diving, basically picking up the vibrations of the water on the mic. We have hundreds of mics and, to take the example of diving, I would say we now have 20 microphones on the diving board alone.”

“We have hundreds of mics and, to take the example of diving, I would say we now have 20 microphones on the diving board alone”

(According to the Olympics Broadcast Services guide, there will actually be a total of 3,600 microphones deployed throughout the Olympics campus and NBC Sports will deploy many of its own mics for its broadcasts.)

Audio coverage has reached the point, Malone suggested, where the viewer can enjoy a hyper-realistic experience. “The athlete can hear the arrow leave the bow, but the people at home can hear that arrow fly through the air all the way until it hits the target,” he said, “because we have microphones buried in the ground in a line the whole way to the target. The idea with sound design is we try to bring that into the home and make it appreciated by people who may or may not know the sport. If you are a skier and you’re watching downhill skiing at home on the couch, we really want to convey to that person what the conditions are like.”

“For the Olympics, the most important thing about the sound coming out of the starting gun is first that it is in sync,” Malone continued. “So you’ve got to capture that sound immediately: as soon as you see the flash of light from the gun you need to hear the gunshot. So the capture is everything, and… the microphone capturing that audio is the most important part. And then it may travel to a remote TV truck that’s in the venue. And from the truck it’s mixed and usually sent back to the International Broadcast Centre, where all the world’s broadcasters will have their technical facilities. So we’ll take that gunshot through the truck, back to the IBC where there could be another control room that could be the primetime control room for NBC, and then from there that mix will be married to the video and I think it takes about six different backup paths back to the US, including undersea paths. From one of those six paths from the IBC it will end up normally in Denver, in Dry Creek, at our master control. That will basically put that gunshot, in that primetime show, straight to air.”

“For the Olympics, the most important thing about the sound coming out of the starting gun is first that it is in sync”

As realistic as the Olympics’ audio will be, it will still occasionally require a bit of a cinematic boost, in order to maintain the continuity and consistency of a sports narrative.

“Sometimes we need to sweeten the sound,” Malone acknowledged. “For example, in rowing, it’s very difficult for us to get the sound of the oars in the water. So it’s not unknown for us to have a track of the oars… in the water, which you can hear when the crew is pulling in the water along with the coxswain giving orders and maybe the coach as well on the bike path. But to get the sound of the oars going through the water, a lot of times we’ll have to Foley that because it’s just not possible due to the amount of noise and creaking and things like that in a boat. But these are things that you would never notice, [unless] you knew about them.”

NBC Sports is planning to present 7,000 hours of coverage of the Tokyo Olympics this summer by utilising two broadcast networks, six cable networks and multiple digital platforms, serving both English- and Spanish-language viewers, proclaiming it “the biggest media event ever”. For the first time, NBC Olympics will provide live coverage of the NBC broadcast network’s Olympics primetime show in certain markets in 4K UHD, along with High Dynamic Range (HDR) and Dolby Atmos sound. NBC’s primetime coverage of the Opening and Closing Ceremonies will also be presented in 4K HDR.