On the Ball: Groundbreaking collaboration between RTÉ and TV3 for UEFA EURO 2016 coverage in Ireland 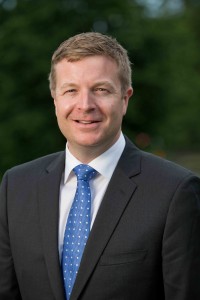 Irish state broadcaster RTÉ has reached an agreement with TV3 to sub-licence 22 of the 51 games of the UEFA EURO 2016 Finals. The agreement, which is the first of its kind between the two Irish broadcasters, will see RTÉ retaining rights for 30 of the games, including all of the Republic of Ireland’s matches and grants exclusive rights to TV3 for 21 games.

Both RTÉ and TV3 share rights for the European Championships Final. RTÉ will retain first choice on matches in the knock-out stages and will broadcast a highlights programme on each night of the tournament.

Ryle Nugent, Group Head of RTÉ Sport said, “In an increasingly competitive and high cost sports rights market, RTÉ has sought a solution to secure and deliver sport to the Irish audience. 2016 is a huge year for Irish sport with the Six Nations Rugby, GAA (Gaelic Athletic Association) Championships, Olympics, Paralympics, European Athletic Championships and the FIFA World Cup qualifiers. This year’s European Soccer Championship Finals is the biggest ever, with an additional 20 matches in comparison to 2012. RTÉ is delighted to partner with TV3, another Irish broadcaster, to ensure that the UEFA EURO 2016 Finals are delivered to Irish audiences free-to-air”.

In addition to RTÉ2’s coverage the tournament will also have comprehensive coverage on RTÉ radio including live coverage of all the Republic of Ireland matches, daily news desks with all the latest from the Irish camps and the wider tournament.

Nugent goes on, “Our main presenters will be Darragh Maloney and Peter Collins, while the commentary team will comprise George Hamilton, Stephen Alkin, John Kenny and Ger Canning.”

RTÉ is planning to take the semi-dirty world feed for all games, although it will also receive a clean feed from all the Republic of Ireland games for use by its studio analysts. Graphics, including the statistical data from UEFA, will then be added at the Dublin studio base.

“In addition, for all the Republic of Ireland games, will make use of the ISO cameras from the host broadcaster and will supplement that feed with our own cameras. For those matches, we will use our own production truck and vision mix locally using our producer/director. For certain matches, we will utilise the stand-up positions that have been made available by UEFA.”

Nugent reports that production crews will follow the Republic of Ireland team at its training camp. Editing will be carried out both locally and in Dublin. “Alongside that, subscribers can access our content via the RTÉ Player App. Our aim is to bring all the atmosphere of one of the major sporting events of the summer with reports and colour from the Irish travelling army in host cities and fanzones across France.”

TV3 examines options for facilities at the IBC 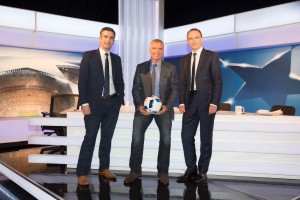 TV3’s first live game is England v Russia on Saturday 11 June which, says Kieran Holden, TV3 Group head of sport, is arguably the pick of fixtures in the opening weekend of Euro 2016. “TV3 will broadcast all of Spain’s matches in Group D, two England games, Northern Ireland’s pivotal second match against Ukraine as well as the first match at Euro 2016 of World Champions, Germany.”

TV3’s coverage will be hosted by Tommy Martin who has presented all of TV3’s live soccer for the past six seasons.

Holden continues, “At this stage TV3 is looking at its options regarding facilities at the IBC. This is because the sub license deal has only just been agreed and our plans are still at an early stage. We are also assessing our options regarding the location of a presentation studio. But we will be using stand-up positions at certain key matches.”

TV3 will receive a clean feed from the host broadcaster, but will add lower third clock and score updates with the broadcast sponsor logo. “All our graphics will be inserted from our studio base in Dublin. These include statistical data generated both by ourselves and the UEFA feed.”

ENG crews will cover the Irish team’s activities at the training camp, with editing being carried out at the studio base using Avid Media Composer. Alongside ‘traditional’ television viewing, subscribers will be able to view games on the 3player app from iTunes and Google Play.

Holden concludes, “This is the first collaboration between TV3 and RTÉ. We are appreciative to them, as well as UEFA and their agencies, in making this happen. We are aiming to build upon our very successful UEFA Champions League coverage which has undergone a step change in the last year. We look forward to providing our audience fresh, relevant and entertaining approach to matches.”