On the ball: How the BBC is preparing for EURO 2016 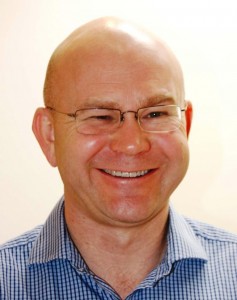 Coverage of UEFA EURO 2016 in the United Kingdom is split between the BBC and ITV. As far as the BBC is concerned, the current plans are to present its programmes from a studio in central Paris with a view of the Eiffel Tower. According to Phil Bigwood, executive producer, BBC TV Sport, the Corporation is in a partnership with a German company, Plazamedia, which is building a studio complex which will house various broadcasters and has the full support of UEFA and the City of Paris. “This is the perfect solution for the BBC in that we can deliver value for money by sharing facilities with our partners and at the same time have an iconic location. Our plan is to stay in Paris unless England, Wales or Northern Ireland reach the very late stages of the tournament – and in that case we may move to presentation from the appropriate venue.”

With three ‘home’ nations involved in the tournament, is the BBC planning different coverage for viewers in those areas? “No, the coverage will be balanced in terms of home nations guests and facilities – as will commentary. In partnership with the BBC Nations we have decided on a single, shared approach to maximise the impact of our programming.”

Bigwood continues: “The expectation is that we will build on the production model used so successfully at the World Cup in 2014 and various previous events going back to France 1998. The match split with ITV must also be considered here given that the BBC has first choice for the quarter finals, while ITV can select which semi-final it wishes to show. As previously, the final is shared between the two broadcasters.”

Subject to UEFA arbitration, the BBC will put unilateral cameras into the bigger matches and those involving the home nations to provide stadium presentation as well as for shooting ISO footage and interviews. “Given the very comprehensive coverage plan from UEFA, we only intend to supplement at the stadium with minimal numbers of cameras. At those venues we will probably operate a simple SNG solution, unless we need to upgrade at a later stage.”

At these locations, it will be the producer calling and cutting shots to be fed back to the central hub in Paris. The main gallery and production centre at the studio will be housed within cabins. Here, the gallery will be manned with a director alongside a programme editor. Given the complexity of the operation, a vision mixer will be employed.

“Graphics will be added locally and, as at previous tournaments, these will be provided by the BBC Sport in-house team and Deltatre,” reveals Bigwood.

The BBC will be making use of UEFA Livex server and fully utilising the wide range of content available. This has enabled the BBC to cut down on its ‘on the road’ facilities. That said, a number of ENG crews will be available to shoot bespoke content for the BBC programming.

While the major production facilities will be centred in Paris, various feeds are also being sent back to Salford for a range of services. These include the Euros ‘catch up’ programming, online features, TV highlights and analysis sequences.

The BBC is planning a significant multi-platform offering, allowing the broadcaster to deliver expanded coverage of the Euros across all media. Bigwood reports that BBC Radio and BBC News will be sharing the Paris studio space, ‘talent’ and facilities. “These will be used across all platforms and all this will be achieved with fewer people on site when compared to previous events with a similar presentation set up.”

Bigwood continues: “The BBC has rights to ‘broadcast’ all matches online. This coverage will be supplemented with data analysis and social media interaction. On the Red Button there will be different audio options, such as the Radio 5Live commentary or language services.

“Plans have gone through various iterations over the past few months, and we are now full steam ahead and very optimistic about how the project is shaping up.”