Last Sunday produced one of the most nail-biting half hours in British sporting history, with both the Wimbledon Men’s final and the Cricket World Cup final going to deciders in order to produce outright winners.

With two major events on at the same time, fans turned to streaming the crucial moments of each event so as to keep up with the other, according to data from Limelight Networks who experienced significant increases in traffic across its network related to the two events.

In respect to the cricket, traffic was up by 63% in comparison to the previous Sunday. Crucially, the peak occurred at 19:25, coinciding with the final three balls of the super over during which England secured a historic victory.

Meanwhile at the tennis, there was an enormous 367% increase in traffic compared to the previous Sunday. In this instance, the peak occurred at 19:05 when Roger Federer and Novak Djokovic were three points into the deciding fifth set tie break. 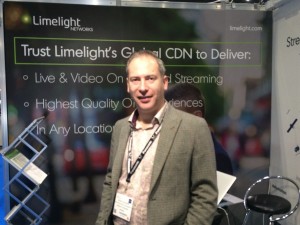 Commenting on the traffic patterns, Steve Miller-Jones, VP product strategy, Limelight Networks said, “whether people are at home or on the go, when there are major events taking place simultaneously people are going to find ways to keep up with the action, which will often involve the use of second screens such as mobile phones and tablets.

“Sporting finals will always generate increased interest and rights holders will plan for this. With OTT services, fans can either watch multiple events via several devices or, if they’re on the go, follow along on social media and tune in for the deciding moments.

“This can introduce a degree of uncertainty when it comes to guaranteeing content delivery. The peaks in demand for the Wimbledon and Cricket World Cup show that, when planning for major sporting events, rights holders need content delivery strategies that can scale as and when extraordinary sporting moments create similarly extraordinary increases in demand that few other live broadcast events can.

“These two events also show,” said Miller-Jones, “the growing trend for sports fans to turn to OTT services when they want to keep up to date with major sporting moments. With innovative streaming protocols such as WebRTC now delivering proven results for delivering sub-second latency live streaming, it may well be that next year’s Wimbledon, or cricket’s World T20 World Cup, will be as at home online as it is on linear TV,” he said.